"Stupidity and idiotic tale", Frrok Çupi opposes the initiative of the Democratic Party, shows the danger that threatens the country: If you want to put everyone in ...

SPAK will conduct the Vetting of politicians / The full package of the Democratic Party for the Constitutional changes is revealed, from the repeal of the changes of July 2020, the restoration of the old territorial map to the coalitions

Conflict deepens in PD, Basha warns predecessor that he will not break relations with US for Sali Berisha's personal interests

Rama withdraws from the offer for Basha, new local elections only in the municipalities without leaders 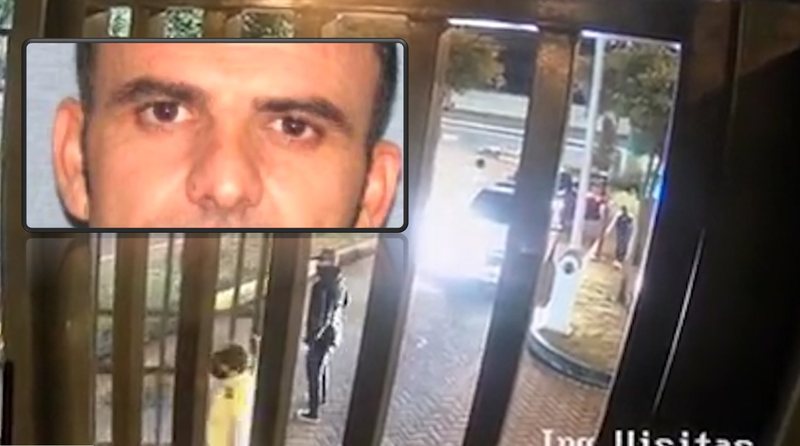 The serious event that took place a few days ago from the murder of the Albanian Adriatik Tresa in Ecuador is suspected to have been committed by Albanians, as the 45-year-old is suspected of having clashes with some Albanians living in the city of Guayaquil. Specifically, according to sources from the local media of Guayaquil, it is learned that the police authorities have investigated the Adriatic Tresa for the execution of another Albanian. It is about the murder of Ilir Hidri in 2017, when Tresa was investigated as involved in the execution and the 45-year-old was described as a high-risk person, who lived in a villa, moved in an armored car and was constantly protected. by the guards. According to the media in Ecuador, it is suspected that the clashes between the Albanians were due to cocaine, as Adriatik Tresa was considered as part of a drug cartel in Guayaquil, while the murder of a journalist in 2013 was also investigated in the same area. Following his history in the field of crimes in Ecuador, the 45-year-old from Tirana is learned to have obtained a residence permit in Ecuador, while Greek documents were found in his apartment, in addition to Albanian ones. He even used some names to hide his identity after the criminal activities, according to the authorities in Guayaquil. Tresa was executed 4 days ago by 7 people disguised as police officers. The perpetrators entered the area where the rich lived, claiming that they had a search warrant, but then executed the 45-year-old Albanian. Specifically, in the implementation of a well-thought-out plan, initially they are taught to be introduced as anti-drug agents by taking the guns of the guards and then they are taught to have entered the house quietly by executing Tresa in the eyes of his sister-in-law. It is also learned that, for the murder of the Albanian, six people were detained, but only one was prosecuted, while the others were released without charge.
Execution of the Adriatic Tress
The murder in Ecuador of the 45-year-old from Tirana happened two days ago on the outskirts of the city of Guayaquil. Meanwhile, the disruption of cocaine bargains is one of the main tracks in which this serious event is being investigated and at the same time it is suspected that it happened, but the clash with other criminal groups where other Albanians were also not excluded. According to sources, the 45-year-old is said to have been killed inside his house by an armed group, who were disguised as police officers when they entered the apartment where the Albanian lived. Meanwhile, prosecutor Walter Jaramillo is said to have told the Ecuadorian media that the investigative group was accompanied for questioning by family members, the Albanian woman, the sister-in-law, who was with Tresa at the time the 45-year-old was killed, but also other relatives of the wife. also, Ecuadorian justice authorities have stated that the Albanian family hid the phone, but also other items of Tresa after the murder. The perpetrators disguised themselves as anti-drug cops. "After neutralizing the guards, they went to the house where the stranger lived. They committed murder and escaped. "There were eight people and they claimed to be anti-narcotics police," said the area police chief. Police were notified by the guards. "The victim was on the living room floor. "The body of the Albanian was sent to the Crime Laboratory in Guayaquil", he added. A senior Ecuadorian prosecutor said: "We are analyzing the links he has with an organization in relation to drug trafficking. "He was also abducted." While the prosecutor César Peña is learned to have explained that A.

"They killed my son, they turned the pistol on his head" / Aldi Rama's father explodes and comes out with a strong warning: If justice is not done do

"If I would choose to forgive something of myself, I would choose…" / Holiday in the family of Rudina Hajdari, the former MP publishes the sweet photo and makes the exciting dedication

The Lezha-Shkodra axis bleeds again, 1 dead and 1 seriously injured is sent urgently to the Trauma Hospital

"Patients, like cockroaches", the German MEP erupts badly and shows the reasons why he is against all vaccines: Why do not they talk about these side effects ?!

It is expected to bring chaos / Tonight the traffic in the New Ring is diverted, due to the road works (Map published)

The dollar, the euro and the British pound are falling, get acquainted with today's foreign exchange

Roads bleed / Serious accident on the Shkodra-Lezha axis, one person loses his life, another leaves urgently for the hospital (DETAILS)

"I loved him" / Donald Veshaj talks about his relationship with the moderator of Top Channel, Bora Zemani, the actor 'opens his heart' and confesses: It was a very strong thing that ...

The author of the 'Match' program on Top Channel, Olsa Muhameti shows the unexpected decision

Currently, on Top Channel, the third season of "Përputhen" is broadcast, ...

"I thought I was abducted", Paloma recounts the shocking situation she experienced for her daughter: Even today when I remember her I feel bad!

Residents of 'Big Brother VIP' talked yesterday afternoon about the most diffi...

"The most unexpected and beautiful gift that God made me" / Holiday in the house of Arbana Osmani, the moderator chooses the most exciting words and touches with her message: The sun can rise again!

The well-known moderator of Top Channel, Arbana Osmani, has a party today in her...

Arjola Demiri's photos go viral on the net! Here is what the actress looks like before the aesthetic interventions on her face, they would not know the actress

Actress Arjola Demiri has often attracted the attention of her followers on so...

Mikela and Bashkimi exchanged a kiss on the lips during their meeting, but bot...

Police statement in the series: The perpetrator...

The ability of the Albanian society in Kosovo t...

Why does the IMF value the central bank?

In a Leninist party everyone is in one hall, wh...