Tragic accident in Bulgaria, criminal police land in the offices of the company "Besa Trans" 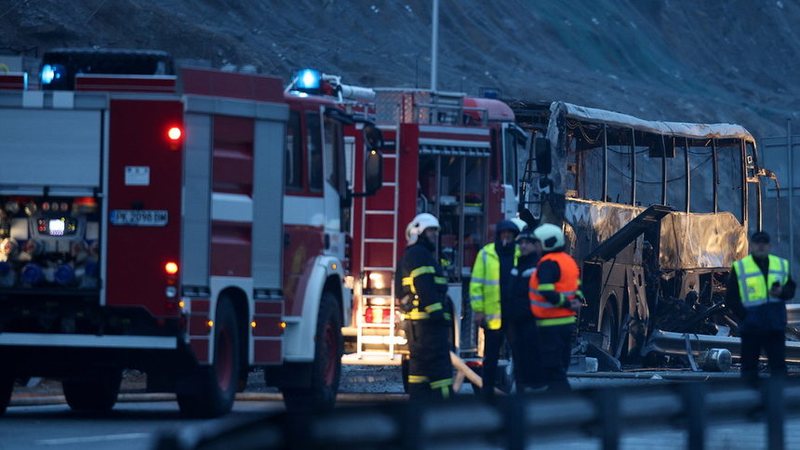 The criminal police raided the offices of the company "Besa Trans", the bus where 45 people lost their lives, most of them Albanians from Northern Macedonia.

The purpose of the inspection is to examine all company documents.

Earlier today, the Ministry of Transport announced that the bus of the company "Besa Trans", which burned down in Bulgaria, where unfortunately 45 people lost their lives, did not have a license, for the past two years, the state border has issued it 135 times.

"Regarding the question of crossing the border crossing of the mentioned bus, it has been evidenced that in 2020 the same bus in 22 cases has made entry-exit from the state, while in 2021 has realized 113 exits from the state border", have told "Fokus" by MIA.

Today, the Ministry of Transport and Communications explained that the bus crossed the border with the license of another Besa Trans bus. The bus was first registered in October 2020, while it was produced in 2007.