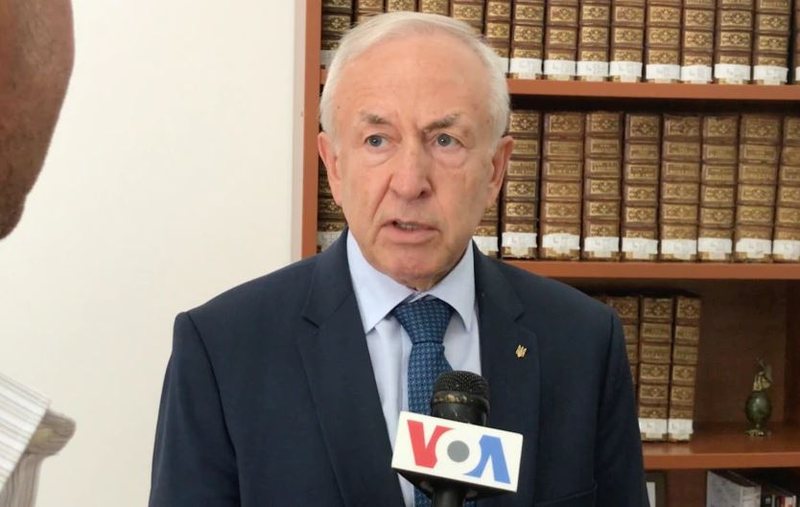 Over 3,000 Ukrainian citizens are currently sheltering in Albania, since the start of the Russian attack on Ukraine 6 months ago.

The Ukrainian ambassador to Albania, Volodymyr Shkurov, says that most of them are determined to return to Ukraine and rebuild their country after the war.

The Ukrainian diplomat also appreciated the help that the people of Kosovo have given to Ukraine during this period.

Almost 6 months ago, few could have imagined that the Russian attack against Ukraine would last so long, much less that the Ukrainian resistance would be so strong.

The Ambassador of Ukraine in Tirana, Volodymyr Shkurov, expressed his pride for the resistance of the Ukrainian people and army against the Russian attack, as well as his sadness at the fact that the war is continuing for such a long period, and that at the end of it, they can be rebuilt buildings and infrastructure, but cannot replace a large number of civilian victims who are losing their lives.

Albania is sheltering over 3,000 Ukrainians displaced by the war, but most of them, says Ambassador Shkurov, are determined to return to Ukraine to rebuild their country after the war.

"We have a special thank you for the people of Albania, who have collected various aid, in funds, medicines, food and other products" - says Ambassador Shkurov.

He gave these comments to the Voice of America, after the Ukrainian Book event at the National Library of Albania.

This is the initiative of the First Lady of Ukraine, Olena Zelenska, so that the Ukrainians sheltered in Albania can find books in their language.

"We have received very strong support from the USA and NATO countries, and these aids and support have influenced the progress of the war," said the Ukrainian ambassador.

Albania is giving Ukraine a very large political support, according to him, at all state levels; from the president, the parliament and the prime minister and up to Albania's presidency in the UN Council.

The cooperation with the government of Albania, he says, also continued in terms of providing ammunition to Ukraine, while Albania has participated in two donor conferences in Lugano and Warsaw.

The project also aims to resist the Russian onslaught culturally, as Russia is trying to destroy Ukrainian identity by leveling libraries and cultural heritage sites.

According to official data, the Russians destroyed several hundred libraries and over 388 monuments of Ukrainian history, architecture and archeology in Ukraine./VOA

The prisons are opened, the ministry prepares the amnesty for the convicts

What is happening in Kruja? Black smoke "occupies" the sky, fuel is at risk, people run in alarm (VIDEO)

The Czech Presidency shows the decision-making steps for Kosovo visas: Everything starts on October 13

The Armed Forces of Albania start the big action, Niko Peleshi comes out with the official announcement and shows what will happen: The most difficult marching exercise in the world (Pictures)

The great Albanian artist passes away, the Academy of Sciences sends a message of condolence

"Part of drug trafficking"/ Shemsi Prençi tells Rrumbullak's conversation with the directors: This is where the senior manager pointed his finger

Will the prisons be opened and will there be an amnesty for the prisoners? The Ministry of Justice reacts

"Rama is looking for Martinaj dead"/ The former head of the Police shocks with the statement: Opposing party with the most wanted man. In the Albanian government, there are ministers appointed by...

"Gledis Nano was in a minefield"/ Shemsi Prençi tells the reason for the non-success of the former Police Director: He was dependent on...

"Albanian Mafia"/ The footage of the interview of Saimir Tahir is published, the Italian media documentary dedicated to the former Minister of the Interior: Who planted the bombs