Assassinations in Lezha / New details come to light, the target had just returned from Belgium (Name) 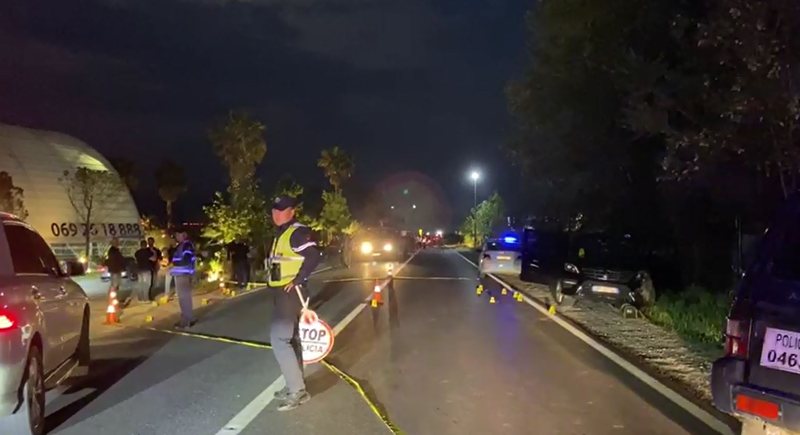 An assassination attempt took place this evening in Lezha, where it is reported that a car was shot at a person who was traveling in a Mercedes Benz vehicle type 'ML'.

As a result of the gunshots, the car went off the road. It is learned that Blerim Preçi from Milot is the target, while his relative, Klisman Preçi, was also in the car. He was shot with automatic weapons, while fortunately they escaped the bullets. Blerim Preçi had just returned from Belgium and his past in the EU country is one of the main tracks of the investigation.

The event took place around 20:00. Police have arrived at the scene, where they are carrying out the necessary actions to obtain evidence that would lead to the clarification of the event.

PHOTO/ Terrible accident, the car ends up in the canal, one dead and 4 injured

The assassination in Vlora, the forensics expert makes a strong statement: These are terrible crimes, they are related to each other, that's why they commit the murders in overpasses or underpasses

Tragic accident in the neighboring country, the 54-year-old Albanian dies after a motorcycle crash in the city center

Name/ He was executed yesterday evening in Italy, who is the 36-year-old Albanian, new details

Serious accident, 2 people are urgently sent to the hospital

"U gova pi vorri"/ She seriously offended the journalists, the deputy commissioner of Elbasan reacts for the first time after being suspended from duty: I'm an Albanian that only a bullet can stop her (VIDEO)