"There will be a single counter at the border" / The Minister of Interior presents the agreement reached with Northern Macedonia and makes the important announcement: Here is how the movement of people and goods will be facilitated 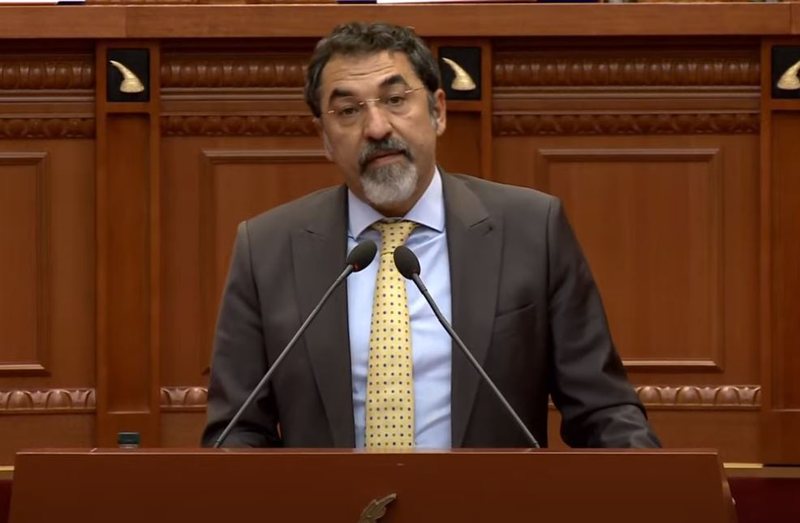 The Minister of Interior, Bledi Çuçi, presented today in the Assembly the agreement reached between Albania and Northern Macedonia for the establishment of joint border control points.

Çuçi stressed that the agreement, which is expected to be ratified in parliament today, will be a great relief for the movement of people and goods between the two countries.

According to him, with the application of the agreement, there will be a single checkpoint at the 6 border points between Albania and northern Macedonia.

"As you announced, Madam President, there are two agreements that are being discussed and the second agreement that is being ratified today between Albania and Northern Macedonia has to do with the joint establishment of the border crossing point. It is an agreement that facilitates the passage of citizens between the two countries, as well as goods and services. At the same time, it improves the conditions for a more intelligent control of border crossing points, bringing it closer to the standards of the European Union. This agreement was initiated and coordinated between the parties taking into account the increased flow of people and goods between the two countries.

The agreement is based on agreements that we have with other countries and is prepared in consultation with the PAMECA mission in our country. "

Two days before the final, Veliaj reveals the details of the last events before the Roma-Feyenoord match: Let's use the car less, a party in 'Skënderbej' square

Waves of arrests in the capital / 9 people are handcuffed in the last hours, two others are prosecuted at large

Two days before the grand final, the Director of the Port of Durres shows what is happening: He has landed ...

What happened? Ardit Gjebrea sits for the first time on the bench of the accused in 'See you in court', Eni Çobani opposes: We have facts!

"It is impossible to trace", the journalist shows the programs used by criminals for trafficking and murder: It is very easy!

"The power of attorney was determined for me by his brother who is no longer alive" / Habit's lawyer Talo Çela: I have no contact with ...