Name / The identity of the police officer who hit the 13-year-old, how he tried to manipulate the event, is revealed 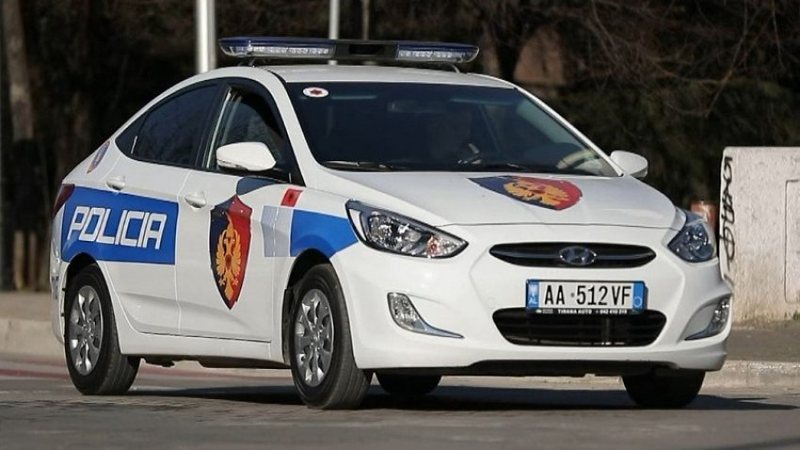 New details have been revealed from the accident in Pogradec, where a police officer hit the 13-year-old.

According to the information, it is known that the policeman is Altin Agolli, but initially it was his brother, who introduced himself as the perpetrator of the accident. Meanwhile, later, after looking at the film footage, it turned out that the accident was caused by Agolli.

The police force has been declared wanted and charged with two criminal offenses "Violation of traffic rules" and "Leaving the scene of the accident".

On 29.06.2022, the Regional Directorate of AMP Korça has referred the first investigative materials to the Pogradec Prosecutor's Office, as well as has made the search for the police officer N / commissioner AA, suspected of "Violation of traffic rules" and " Leaving the place of the accident ”, provided by article 290 and 273 of the Criminal Code.

From the first actions it results that the police officer, on 28.06.2022, while driving his vehicle, injured the minor citizen OS, 13 years old, who after receiving treatment in the Korça hospital left for the apartment.

As above, after the investigative actions in consultation with the ready prosecutor, the materials in free condition were referred to the citizen MA, as a suspect for committing the criminal offenses "False statement before the judicial police officer" and "Actions that hinder detection of truth ”, provided by article 301 and 305 / b of the Criminal Code.

The prisons are opened, the ministry prepares the amnesty for the convicts

What is happening in Kruja? Black smoke "occupies" the sky, fuel is at risk, people run in alarm (VIDEO)

The Czech Presidency shows the decision-making steps for Kosovo visas: Everything starts on October 13

The Armed Forces of Albania start the big action, Niko Peleshi comes out with the official announcement and shows what will happen: The most difficult marching exercise in the world (Pictures)

The great Albanian artist passes away, the Academy of Sciences sends a message of condolence

"Part of drug trafficking"/ Shemsi Prençi tells Rrumbullak's conversation with the directors: This is where the senior manager pointed his finger

Will the prisons be opened and will there be an amnesty for the prisoners? The Ministry of Justice reacts

"Rama is looking for Martinaj dead"/ The former head of the Police shocks with the statement: Opposing party with the most wanted man. In the Albanian government, there are ministers appointed by...

"Gledis Nano was in a minefield"/ Shemsi Prençi tells the reason for the non-success of the former Police Director: He was dependent on...

"Albanian Mafia"/ The footage of the interview of Saimir Tahir is published, the Italian media documentary dedicated to the former Minister of the Interior: Who planted the bombs