"Shocking facts"/ The Freedom Party publishes serious denunciations about the Fier incinerator: How 3 loans were obtained under the pretext of employee salaries during the COVID-19 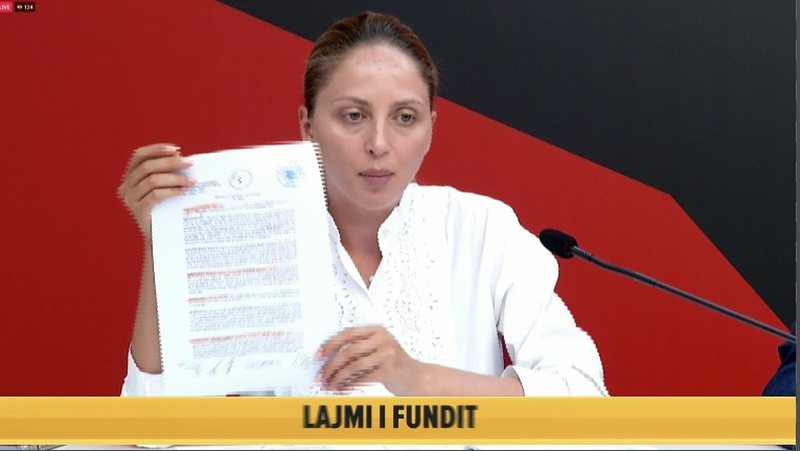 Today, the Freedom Party made other denunciations, with what it qualifies as new facts regarding abuses with the incinerators issue. In an appearance for the media, MP Petrit Vasili and the National Coordinator of the War against Corruption Brisida Shehaj listed several abuses for the Fier incinerator.

Vasili warned that new facts will be revealed. In an appearance for the media, Vasili said that serious facts will be published, "compromising, part of the affair, in addition to concessions, clients of the government, and the prime minister becomes part of this fraud. Add here the reports with the banks. How the construction of the Fier incinerator is suspended. One more compromising than the other."

Meanwhile, the National Coordinator of the War against Corruption in the Freedom Party, Shehaj highlighted some of the abuses with the incinerators.

"It is about 3 components, the first loan. Let's start with the first loan. On November 15, 2016, the company after signing the contract receives a loan in the summer of 2.2 billion dollars. What made the fact even more serious is that the guarantor for this loan, the guarantor is the company Albtec. It is clear how these companies are related parties and in these cases it continues the same. The burden falls on the Albanians. Other loan agreement. In 2020, where they received loans based on VKM for COVID, for employee salaries. In September 2020 the company decides to take advantage again of the rescheduling for the money from COVID. They benefit from the order of the Prime Minister and the Governor of BSH. Point three is the approval for receiving a loan in the amount of 3 million dollars with a 3-year term for the recovery of the activity," said Shehaj.

Winter "sits cross-legged" in Albania, meteorologist Lajda Porja predicts what will happen to the weather on Wednesday

Have our WhatsApp conversations been stolen? The well-known Albanian expert shows the situation and appeals: Be careful!

'Stab in the back' of Rama and Vucic/ The Government of Montenegro removes the "Open Balkans" from the agenda: EU membership is a primary state goal