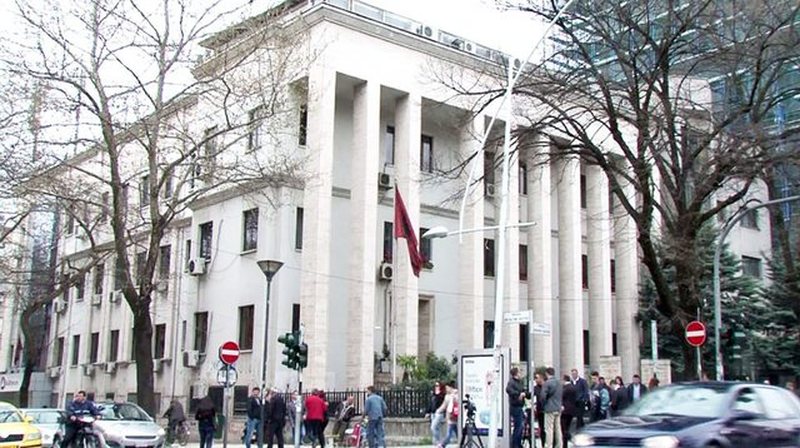 This Court finds it impossible to choose one of the 4 candidacies approved by KED for the vacant position left by member Fatmir Hoxha.

Full notice of the Supreme Court

Following the procedure followed for verifying the conditions and criteria of the candidates who have submitted the request for election as a constitutional judge, the Judicial Appointments Council has approved the list, together with the accompanying acts of 4 (four) candidates who have applied for the vacant position of former judge Fatmir Hoxha.

The report approved by the Judicial Appointments Council, together with the list and accompanying documentation for each candidate, was sent to the High Court for review on 30.12.2021.

The incumbent President of the High Court, referring to point 3 of article 7 / ç of the aforementioned law, has convened the general meeting of judges of the High Court, which was held on 26.01.2022, according to a pre-determined agenda .

Judges of the Supreme Court,

remain awaiting the completion without delay by the High Judicial Council of the necessary number of judges of the High Court that makes valid the beginning and the end of the special meeting of the procedure for the election of judges of the Constitutional Court.

"I brought him a spinach pie, cooked by my mother" / The last assassination, the testimony is revealed: How Nuredin Dumani realized that he was betrayed

Shocking EVIDENCE / Erion Alibej's message after killing his brother, Henrik Hoxhaj shows the scary details, shows the amount of 90 thousand euros for the elimination of this famous character: Here is how we did the "job" and where we hid the evidence

"His deceitful son should have been killed, but ...", the penitent of justice opens the 'bag', tells how the execution of the businessman in Tirana was attempted: Dumani asked me, it remains a mystery ...

"Killeri" reveals the serious details, shows how the elimination of the two Haxhiaj brothers in Durrës was planned: Duman was automatically blocked, I went out and ...

"He begged me not to kill him, but I shot him twice in the head", Henrik Hoxhaj tells how he carried out the sensational assassination in Durrës: Dumani prepared everything