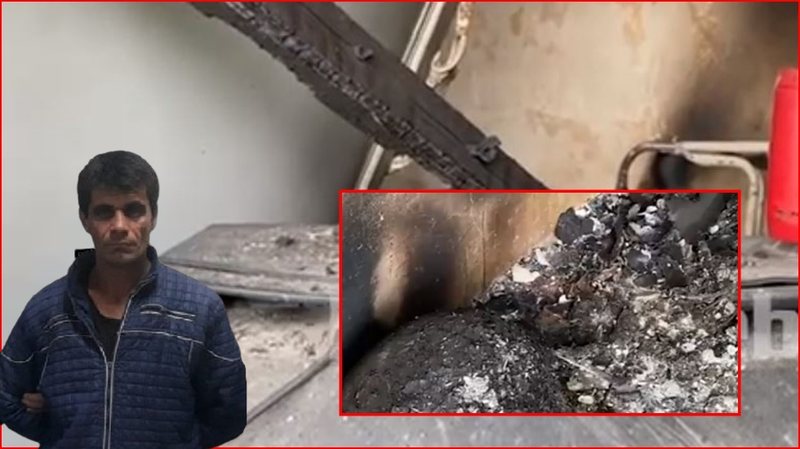 Today it was announced that the apartment of Klodian Çalamani was engulfed in flames. Recall that Çalamani is the perpetrator of the murder of 8-year-old Mateo Vasiu. According to Çalaman's neighbor, the 38-year-old's apartment was engulfed in flames at midnight, while according to her, a noise was heard that is suspected to have come as a result of an electric spark.

Her statement to the media

Journalist's question: Did you see the fire when it fell on the apartment?

Neighbor: No, no. We were asleep we did not see the night fire fell. The fire fell from the current at night, made baam to the pillar.

Çalamani lived alone in the apartment that is engulfed in flames today, while little Mateo was killed there, who was later buried in the yard.

Goodbye sunny days, rain returns / Here's what the weather will be like tomorrow