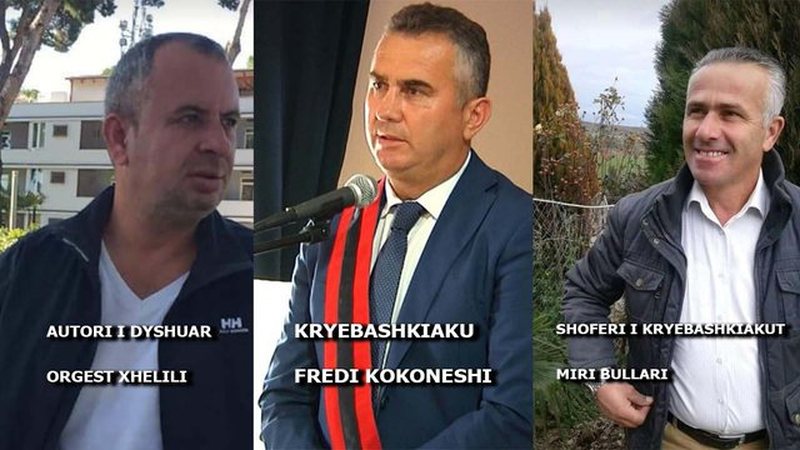 The fight that led to the injury of the mayor of Divjaka, Fredi Kokonesh and his driver Gazmir Bullari, did not last more than a few minutes and according to the author, everything started with insults from both sides. In the file that TV Klan has provided, several testimonies are listed that show how the momentary quarrel degraded into violence.

"At this time when I was going to my father-in-law, to the stairs of the bar used by citizen LV, I encountered the Mayor of Divjakë, citizen Fredi Kokoneshi, who was together with a citizen named L.Gj. There, as I approached, I said "you showed them the pelvis". There, Fredi told me "who are you saying that to" and grabbed my hands for a moment and let go", says the testimony of Orge Xhelili.

The prosecution says that the incident happened because of Kokonesh's duty. Even the testimony given by Xhelili points to the remains created precisely by the work.

"At this moment, I told him that I offended you before and you offended me now, and we leave this conversation at that, as I am a little puffed up by others. In relation to this expression "I'm a little puffed up", I mean the fact that since the citizen Fredi Kokoneshi fired me, the taking of 60 square meters of my father-in-law's land, he also demolished a shop where he used to sell bread, as well as the threat of his brother named L. Kokoneshi in the time after the elections, as well as the fact that Fredi Kokoneshi wanted to remove my wife from her job as a doctor, had created an environment where society and people in the neighborhood told me "why don't you react with all this he is doing you," the testimony further states.

Xhelil was arrested a few hours after the incident as he was hiding in an abandoned apartment behind the scene of the crime, where the cutting tool with blood stains was also found.