"They have to do with politicians"! Klodiana Lala shocks with the statement, tells what happened to her in Elbasan / Zheji releases the information: I know businessmen who… 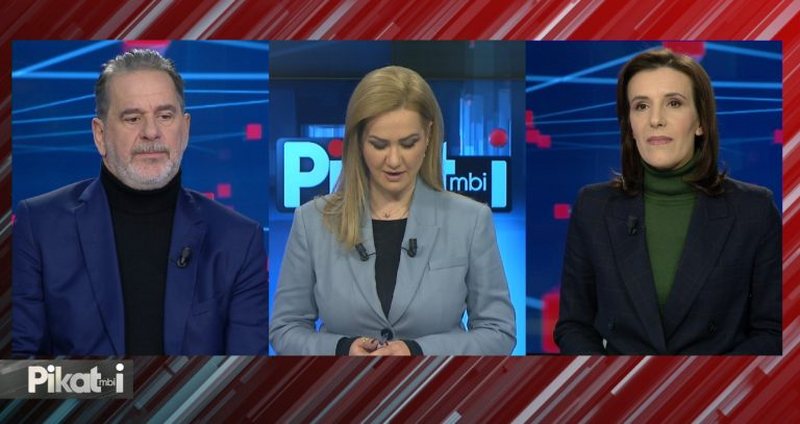 Analyst Artur Zheji and journalist Klodiana Lala talked about the links between politics and organized crime, referring to the serious events that have taken place in recent days.

Journalist Lala said that criminal events will continue to shake the country, as long as ties with politics continue.

According to her, after every mafia assassination, there are political connections, while she added that "There is no event in Elbasan that is not indirectly related to politics".

Excerpts from the discussions:

Lala: The moment these people easily buy justice and get out, they turn this entry-exit into prisons into a sport.

Zheji: We have also encountered high criminal exponents and politicians. They have made their own money, they have their skeletons in the closet, they have done those years in prison, they have taken their money and they continue to remain businessmen. The businessmen I know have some who realized that society after the '90s had no other way, they went in, they did what they did, they realized that that road led to death, and then they went out of that way.

Zheji: They are mothers' sons, they have taken lives, they have committed crimes, but I do not rule out the possibility for them to make a living. The first register is the judiciary and the police, the second register has structures that give alternative opportunities to their lives, to be cleaned. A phenomenon is happening in Albania, they are being killed en masse and no one cares about their lives. There are also those who are introduced as masons, but instead of lining the bricks, they line the corpses. If we had stronger justice, we would have much more repentance.

Lala: We are in a different reality, because we in prisons do not integrate prisoners. It is impossible for such characters, who penetrate so deeply, who know so many secrets, to escape. Bledar Muca was treasure in terms of hitting opposing groups because he had a lot of information. After every mafia assassination, there is no question about politics. Elbasan as a whole is criminal-political. There is no event in Elbasan that is not indirectly related to politics. Organized crime has spread all its influence in Elbasan. There is no one who does not accept it in Elbasan. Just go and see that 10 bars in a row belong to a name. They know them by name and surname. I went there myself and they said "Are you going here?"

The Albanian was making a name for himself in Italy, he was caught with 18 kg of cocaine, as was spotted by the police

How Albania-Belgium was shaken by Albanian gangs, the connections between Albanian criminals. Confessions of the penitents

KPC decision on Arjan Ndoji is clarified, what were the connections of the Durrës prosecutor with the incriminated

"As for the arrival of Belgian prosecutors, they do not come to Albania just because ...", the well-known journalist shows how Albanians act in Belgium: They are middle-level criminals, here is who they are led by