"This is the hottest spot, the volcano will erupt" / Executions that shocked Albanians this weekend, Klodiana Lala comes out with the warning 'bomb': To shut her mouth ... 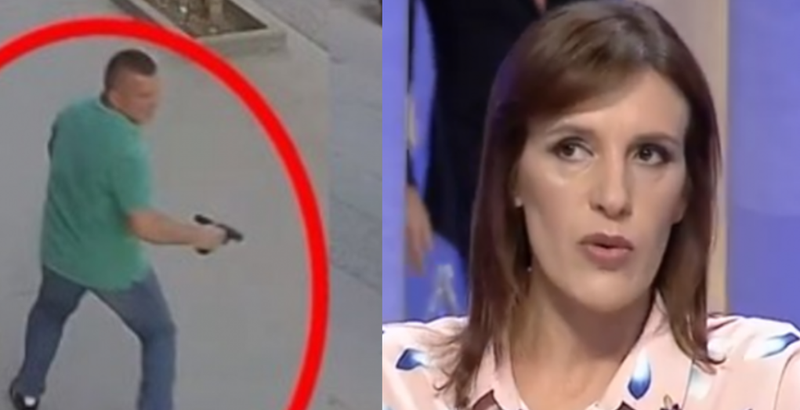 Journalist Klodiana Lala, invited today on the show 'Points on i', commented on the execution of 2 Albanians this weekend, Bledar Muça, was killed in Belgium, while Ergys Dashi in Ecuador.

Journalist Klodiana Lala, said during her speech, that the purpose of these criminal groups is that in the impossibility to capture the leaders, they execute the soldiers. According to Lala, we have reached the hottest point and the volcano is expected to erupt in this aspect.

Lala: This is the boiling point of Albanian criminal groups that clash strongly even outside Albanian territory. As far as I understand I see that criminal groups execute the gang brain. The moment the two leaders of the group fall, the main member is killed. Any amount of drugs seized, stolen, because there are criminal groups living by robbing, this translates into consequences. They have reached the point that is erupting and it is the hottest point where the volcano will erupt. The situation will calm down when the gang leaders fall, who are not in Europe, but mainly take refuge in Dubai. I was informed by an Albanian citizen in Belgium about the murder of an Albanian. I received information from the media in Belgium and learned that the victim was Bledar Muça. The only active member of the group was Bledar Muça, he had a British passport and a Bulgarian passport. My last contact with him was last year when Ardian Capjas was assassinated. I talked to him because I had to report to the Capja villas. He had rented a house on the outskirts of Belgium. He lived there for 1 year and a half. He was first in the UK and then moved to Belgium. He was traveling when he was shot. He was shot. Bledar Muça in 2016 escaped an assassination attempt. Florenc Çapja has been arrested several times, he is a problematic man. While Muça escaped because the windows were armored. Whenever there is a crackdown and arrest in criminal groups the leaders are affected, the soldiers are scared. He had a lot of light and shadow as a character. Bledar Muça had in his hands all the materials that the Çapaj have at their disposal for their opponents. He has footage of the February 3 massacre, security cameras of villas Capjat. Bledar Muça came armed to the funeral of Sokol Çapaj and the police did not intervene. Although involved in many crimes, revenge against him is to shut the mouth of a man who knew a lot about the opposing group.

PHOTO/ Terrible accident, the car ends up in the canal, one dead and 4 injured

The assassination in Vlora, the forensics expert makes a strong statement: These are terrible crimes, they are related to each other, that's why they commit the murders in overpasses or underpasses

Tragic accident in the neighboring country, the 54-year-old Albanian dies after a motorcycle crash in the city center

Name/ He was executed yesterday evening in Italy, who is the 36-year-old Albanian, new details

Serious accident, 2 people are urgently sent to the hospital

"U gova pi vorri"/ She seriously offended the journalists, the deputy commissioner of Elbasan reacts for the first time after being suspended from duty: I'm an Albanian that only a bullet can stop her (VIDEO)