Meeting of the two governments Albania-Kosovo, journalist: Talk about a nation and sign ... 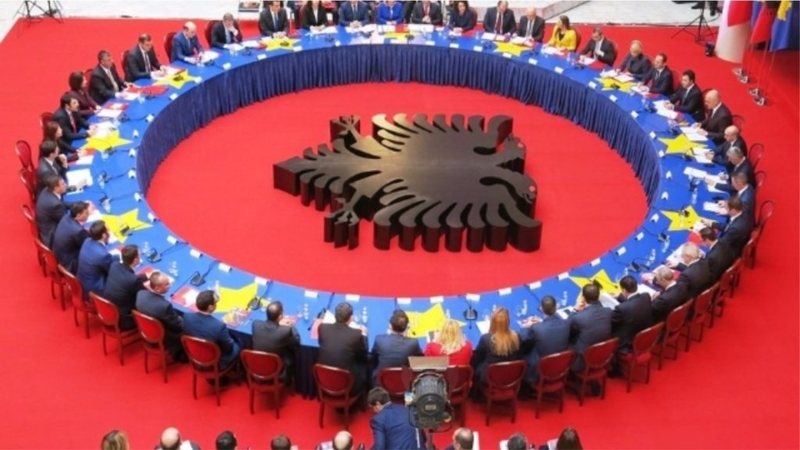 "There is talk of a nation in two countries and an agreement is signed for the unification of diplomas. We can not remove the border, but no one prevents us from unifying the curricula. It took a lot of bureaucracy for the Primer. At least the areas that do not require beam removal and talk of national unity should have been unified. The issue of union is folkloric. "Instead of starting from the base, we start from the top," said Kikia.

Asked about the situation of the November 26 earthquake two years ago, Kikia said the reconstruction has been more of an epic post on social media.

"Reconstruction has been more of an epic post on social networks without denying the constructions that have been made. I do not know if they could have been made faster or the quality is better. The good news is that the apartments are nearing completion. What we did not do well is what was talked about with fuss about the quality of construction, the end is that no responsibility was held and we do what we do we always do not remember. The earthquake will come again when we do not know but better quality must be done. "Earthquakes have previously produced dozens of studies to produce new construction technologies in our country. The wonder lasts for three days."

For the Democratic Party that is moving towards two Assemblies, the 11th and the 18th, Kikia said that the 11th Assembly will open the battle for the DP, while so far Berisha is playing with the Foltore as a card to keep the adrenaline alive.

"The 11th Assembly will open the battle for the PD, to come to the protests there is still time but he plays this card to keep the adrenaline alive, We know that Berisha's strategy is the protests. "The issue of the Assembly more than keeping the data may have been a way to prevent the signatories from falling prey to blackmail", added Kikia for MCN TV.