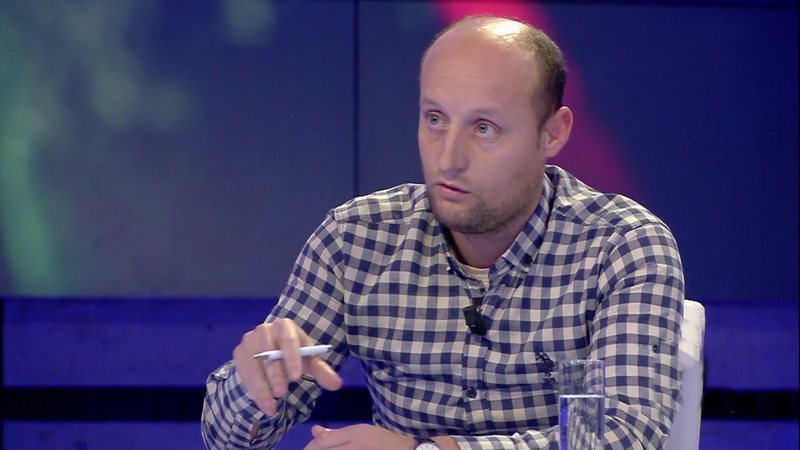 Invited to a television interview, journalist Elton Qyno revealed new details from the arrest of the Beqiraj brothers who work as hitmen and the kidnapping of one of them.

He said that after the kidnapping, the police were in pursuit and the perpetrators abandoned the car with the hostage inside.

He added that afterwards the two brothers were accompanied to the police and there they asked for the protection of their lives and that of their families.

Qyno: The Beqiraj brothers were hit when they were on a motorcycle in Shijak. Because the situation was reported first. The drivers of the car exchanged words and had a conflict with the brothers, while one of the brothers took the car and left, it was understood that it was a criminal event and not an accident. The patrol got behind the car and notified the Durrës police to surround the vehicle. The vehicle was abandoned by the perpetrators and hostage Beqiraj was released. The brothers were accompanied to the police and were interrogated and they expressed their willingness to cooperate for a series of crimes. They have requested that their lives and those of their family members be guaranteed.

The police and the prosecutor's office have started investigations and it has turned out that the apartment in Rrumit i Shijak was checked by RENEA and intervened in the three districts because it was feared that there might be a reaction against the police. Their testimony has confirmed several criminal events that have occurred to date.

Qyno added that in fact the two brothers were not for a ride in Shijak, but were there to observe one of the underworld characters, Rrumi i Shijak.

Qyno: The police had a hard time clarifying the incident. There was also an investigation of other people about the conflicts that Erion Çela had. Erion Çela was a person convicted abroad and the police have been investigating his activity in the field of drugs. Meanwhile, the Beqiraj brothers have stated that they were wrong in killing him, since the focus was Geron Hasanbelliu. Actually the two brothers were not for a ride in Shijak, but were there to observe one of the underworld characters, Rrumi i Shijak. Their movements have also impressed those who are guarantors of Rumi i Shijak and the parties have followed each other.