"Albania and Kosovo will unite", this is what the Serbian media write about the meeting of Rama and Kurti in Elbasan 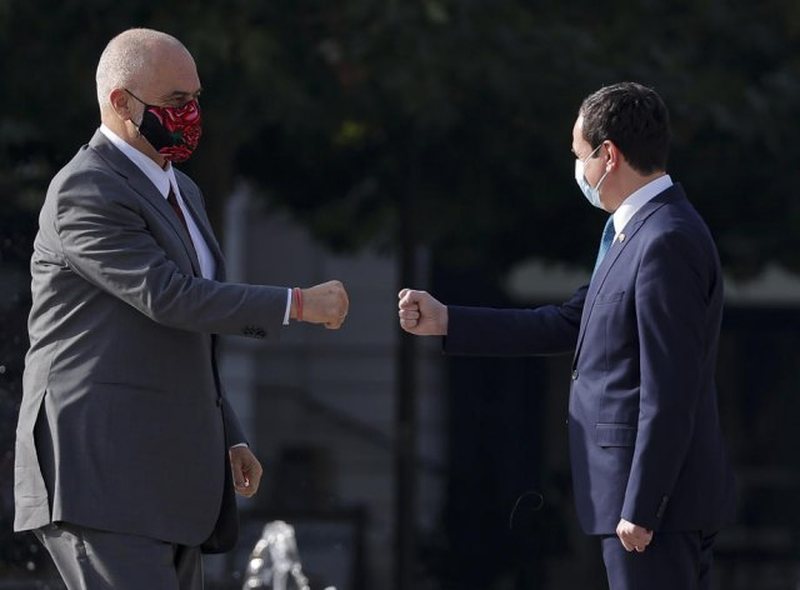 "Albania and Kosovo will unite", this is how the Serbian media b92.net starts the article.

An article dedicated to today's meeting held by the two governments in the city of Elbasan, that of Kosovo and Albania, the Serbian media focused on the statements of Prime Minister Edi Rama and Kosovo Prime Minister Albin Kurti, who were asked by journalists present for a union of both states.

"The Prime Minister of Albania Edi Rama has expressed that he believes that Albania will join Kosovo. Rama added that he did not know when this would happen ", writes the Serbian media, while quoting parts of Rama's statement:" If you hypothetically ask me about a peaceful referendum on national unity, I would violate the law on secrecy of the ballot - I say I would openly vote for. In case you ask if this will happen or not, provoking, I say it will happen, but when I do not know. "But it will happen one day."

"Rama stressed that those who can interpret his statement as a" request "for the creation of a Greater Albania, calling them" fortune tellers "are not judged", the Serbian media continues.

We recall that this Friday was held the seventh meeting between the government of Albania and Kosovo where 13 intergovernmental agreements were signed.