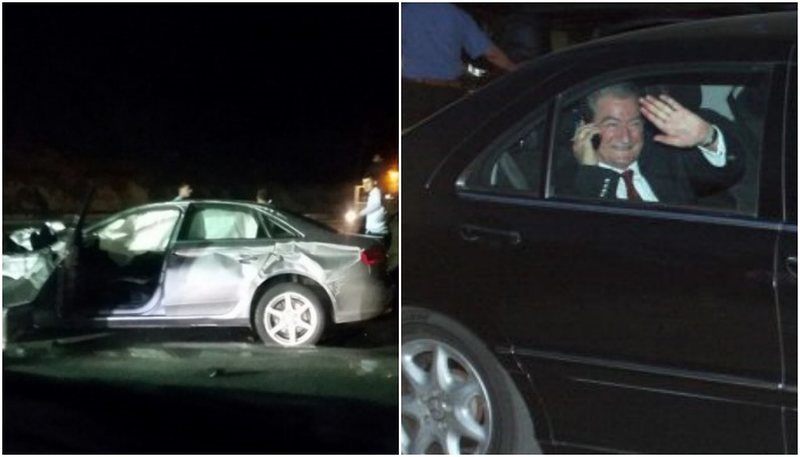 Details from the accident in which the vehicle accompanying former Prime Minister Sali Berisha was involved are revealed.

Preliminary information suggests that it was a car that was inserted on the opposite side at a very high speed.

The driver of the vehicle managed to avoid it in time, causing the vehicle in question to walk in the direction of the car that was behind that of the historical leader of the Democratic Party. The latter was also avoided and the vehicle with which the person on the opposite side collided was the third in a row. As a result, a person inside Berisha's escort vehicle was injured.

Two other people were injured, whose involvement in the accident is still unclear. Berisha himself is in good health and has not suffered any damage.

More details are expected to be revealed.