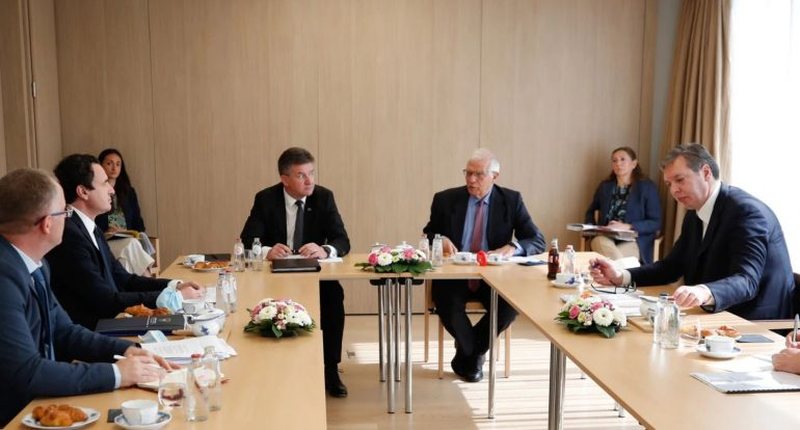 The Prime Minister of Kosovo, Albin Kurti, and the President of Serbia, Aleksandar Vucic, will meet on Thursday, August 18 in Brussels, after more than a year since their last meeting, within the dialogue mediated by the EU.

The high-level meeting on the Prishtina-Belgrade dialogue will be held in Brussels, where EU High Representative Josep Borrell and EU Special Representative Miroslav Lajçak will be present.

On the official website of the European Union, it is announced that the meeting will start on Thursday at 10:30 and will focus on the way forward in dialogue and reaching a comprehensive agreement on the normalization of relations between Kosovo and Serbia. During the meeting, current issues will also be addressed and the aim will be to ease tensions between the parties. The EU High Representative will also hold separate meetings with each leader.

At the end of the meeting, the high representative of the EU, Josep Borrell, will hold a statement for the media. The statement by High Representative Borrell will be broadcast live on the EU's official website and published on the (EEAS) website.

Meanwhile, on the eve of the meetings in Brussels, Prime Minister Albin Kurti, together with Deputy Prime Minister Besnik Bislimi, met on Tuesday, August 16, the Special Representative of the European Union in Kosovo and the ambassadors of the QUINT countries.

The focus of the meeting was also the future meetings in Brussels as well as the processes and issues related to the dialogue between Kosovo and Serbia.

During the meeting, the commitment to the continuation of cooperation and coordination between the Government of the Republic of Kosovo and the representatives of the European Union, the United States of America, Germany, the United Kingdom, France and Italy was emphasized./REL

The weather takes a big turn, find out what awaits us tomorrow

Heavy in Durrës! The car hits the 3-year-old boy, he urgently goes to the hospital