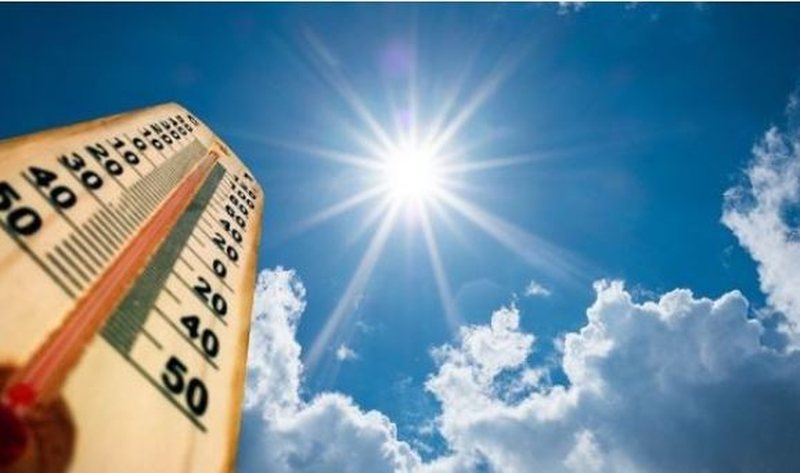 According to MeteoAlb: Our country; as a result of the African air masses will again be in the predominance of clear and hot weather throughout the morning but the afternoon hours bring light crossings on the coast and low areas but cloud cover is expected in mountainous areas along the Eastern border by bring short-term rainstorms. During the night there will be improvement of the weather making the whole territory clear.

Air temperatures will drop slightly in the morning, but remain constant at noon, fluctuating daily values ??from 15 ° C to 39 ° C.

The wind will blow with an average speed of 30 km / h from the South direction, creating 1-2 head waves at sea.

The development of a strong cyclonic center over the British Isles will bring heavy rainfall as well as strong wind storms. Also, tropical storms will continue in Central Europe causing rainstorms and mini-hailstorms to be present while the rest of the European continent will be under the influence of African heat waves conditioning clear weather and hot.

The Republic of Kosovo

The morning will start, with clear skies and few clouds in the whole territory of Kosovo BUT in the afternoon and in the following there will be an increase in clouds and humidity in many areas of Kosovo, it is forecasted to have rain throughout Kosovo .

MV for-during the morning is presented under the influence of clear weather but in the afternoon there will be cloudy crossings throughout the MV, creating opportunities for rain at the north northwestern end. This stable weather situation will accompany us in the evening and at night.

A drastic decision is made for electricity, the distribution operator publishes a map of where there will be reductions