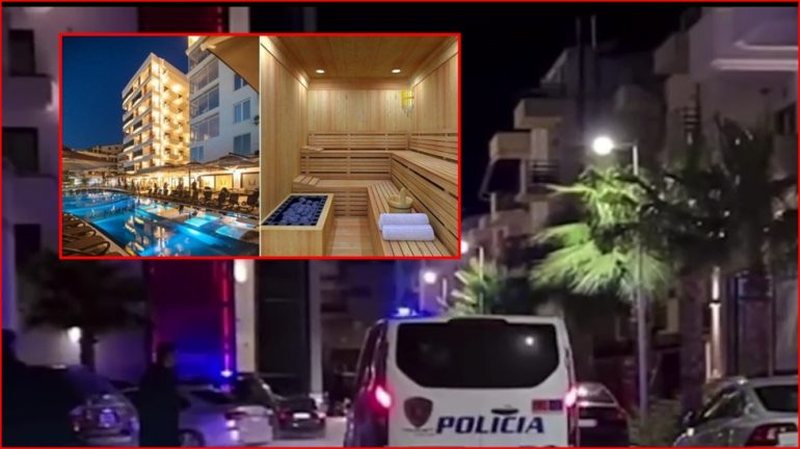 The prosecution has registered as a murder in qualifying circumstances the death of 4 Russian citizens in a hotel in the carts. They were found dead by hotel staff and the cause of death remains a mystery. But according to the information, the prosecution is investigating the murder, while it will be the forensic medicine that will decide what really caused their death. It was initially reported that they suffocated in the sauna, while later it turned out that they had found death in the pool. It is learned that the IPH has taken water samples in the pool to analyze it and so far the high presence of chlorine is confirmed, but it is not known if this is the cause of death. What adds to the mystery is that they passed away 1 hour after arriving at the hotel. The prosecution is asking all those who have knowledge,

The gruesome event was marked on Friday evening. While the victims are: Natalia Burenkova, 58 years old, Sergei Burenkova, 60 years old, their son-in-law Nikita Belousov, 37 years old and daughter Ekaterina Burenkova, 31 years old. According to the latest information they have been found two on winter pool deck chairs, one pool edge with half body in the water and one near the sauna room. The employee in charge of the pool had cleaned it during the day using chlorine, but it is very doubtful that their asphyxiation came at the same time and for the fourth from the percentage of chlorine in the water. In these circumstances, the mystery over their death is great for the investigative group, sources from which say that the most probable track is that of a murder without a trace. Meanwhile, the results of the autopsy are expected to come out. which will shed more light on the cause of death. Samples are currently being taken to analyze the presence of drugs, alcohol or toxic substances in the blood, and preliminary expertise on the cause of death is expected. Forensic medicine will determine the cause of death and the time while in the premises where they were found dead there is no presence of any prohibited items or signs of violence on their bodies. The two couples of Russian families were in Albania as part of a tourist trip and a few hours before stopping at the hotel "Gloria" in Qerret and using the SPA facilities including the winter pool they had come from Ohrid to Albania. After the statements, the hotel staff was released while the list of vacationers accommodated in this resort for 1 week was seized, security cameras and winter pool water samples to analyze if an external factor has taken their lives. Meanwhile, Russian media provide other details about the serious incident where they say that the elderly woman has been diagnosed with cancer and that none of the family members use alcohol or drugs.

The Russian Foreign Ministry has also reacted to the incident, which is expected to bring its experts to Tirana to monitor the investigation and assist in it. "On the death of four Russian citizens in Albania. The Russian Embassy in Albania confirms the death of four Russian citizens (Natalia Burenkova, Sergey Burenkov, Ekaterina Burenkaya and Nikita Belousov) in a hotel near Qerret. The Consular Department of the Embassy is in constant contact with the agency "The law enforcement of the country is investigating the circumstances of what happened. We expect a full investigation by the Albanian side into the causes of death of the Russians. The relatives of the deceased are informed. There will be repatriation of troops to their homeland." says the Russian Foreign Ministry.