"They come in body clothes and drive a Lamborghini"/ He couldn't get out of his anger, the British journalist explodes at the Albanians: They have made London like ... 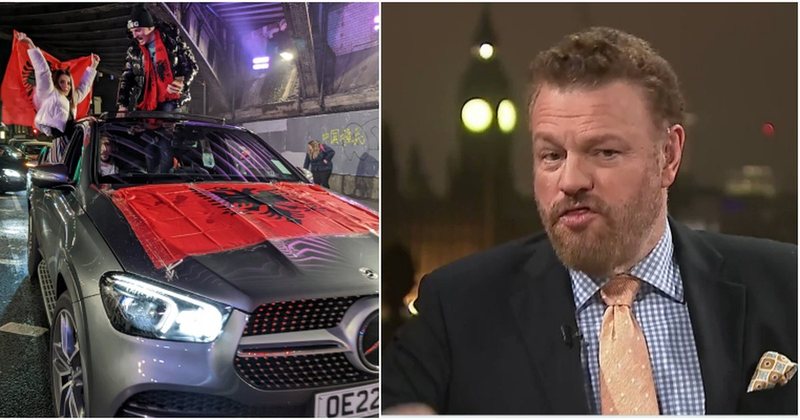 A few days ago, on November 28, Albania celebrated the 110th Anniversary of Independence. Independence Day is celebrated wherever there are Albanians around the world.

Even the Albanians of Great Britain, who have been in the attention of the British media and politicians, celebrated in their own way.

With super luxury cars and red and black flags, the Albanians blocked the streets of London, forcing the police to close the Westminster bridge.

Recently, the journalist and comedian Mark Steyn also reacted in relation to the Albanian holiday. In a monologue on television, he said that Albanians arrive in Britain with only their clothes on, and then he sees them in super expensive cars.

He expressed his indignation with the British policemen as according to him they have failed in a number of other issues and are also failing in front of the Albanians who have turned London into their little 'Tirana'.