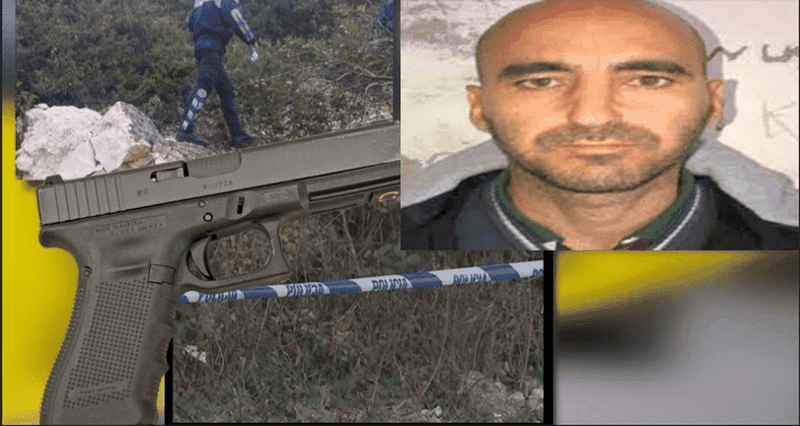 The details of the execution of Alban Semaku, a former member of the Lushnja Gang, are revealed. His body was found dead near the Shkumbin River in Peqin, while yesterday other details came out after the preliminary verifications of the investigative group. According to the data, Semaku was brought alive up there and then shot with a firearm behind his back with 3 bullets, one of which was in the head. The suspicions are that he was abducted in Lushnje and after being raped he was brought to Peqin where he was executed. The first suspicions relate to his past, as he himself has been convicted of many crimes, including murder. Police are focusing on security cameras, as they are checking the footage of the entire itinerary that the perpetrators may have followed from Lushnja to Peqin. The suspicions are that we are dealing with more than 3 people, but there is still no official definition.

Alban Semaku, 38 years old, was extradited from Italy in 2006, after the Court of Lushnja, with the decision dated 28.08.2003, assigned the security measure "Prison arrest", for the criminal offense "Murder", occurred in the city of Lushnja , committed within the criminal organization of Lushnja. While on 16.03.2015 he was arrested in flagrante delicto, because in the neighborhood "Gafurr Muço", Lushnjë, for weak motives, he threatened for life, with a firearm, the citizen MT During the personal control exercised against the citizen Alban Semaku, they were found and A Zastava pistol, a pistol comb with 6 bullets and two doses of heroin were seized as material evidence. With the decision dated 16.11.2015 of the Lushnja District Court, he was sentenced to 6 years and 8 months in prison for the criminal offenses "Production and sale of narcotics",

The Lushnja gang is one of the first to have a well-structured organization in the form of a pyramid. Aldo Bare was the leader with absolute authority. His word was not discussed, but simply applied. He was called "Chairman", "Elder", "Elder" and "Professor". Next to him, as people who distributed and implemented the duties of "professor" were Enver Dondollaku, Erjon Cici, Arben Boriçi, Ilir Stërgu, Edjan Xhafa, Maksim Çela and Leonard Prifti who was the most trusted killer of Bares. Referring to the investigation file, other members part of the main nucleus that operated in Lushnje were also Afrim Hoxha, Enver Boriçi, Dritan Vila, Petrit Liçi, Erion Kashari, Elton Mermali, Arjan Aliço, Alxhi Nallbani etc. On August 3, 1997, Xhevat Demiri, an Albanian-Macedonian, was executed in the place called Blerim turn on the outskirts of Lushnja. known by the nickname "Kosovar". He was considered a close person of Artur Daja. That day, Demiri along with his wife Mimoza and two children were returning from the beach to the city. According to witnesses, Aldo Bare, Ilir Stërgu, Enver Dondollaku known by the nickname "Goni" and Afrim Hoxha, signal him to stop the van. Demir comes down and after exchanging a few words, they execute him with Kalashnikovs. Aldo Bares' next target was Gramoz Selmani, Artur Daja's right wing. For its location, the gang had taken hostage his relatives in the so-called Commissariat no. 2. On February 13, 1998, Selmani was traveling in an off-road vehicle with Masar Ali and Nimet Zeneli. In a place called Kolonjë, they lie in wait. Aldo Bare, Arben Boriçi, Ilir Stërgu and Enver Dondollaku opened fire simultaneously with volleys. The driver Masar Aliu takes the vehicle off the road and together with Nimet Zeneli they run towards Kolonjë. Like these happened and many other murders.