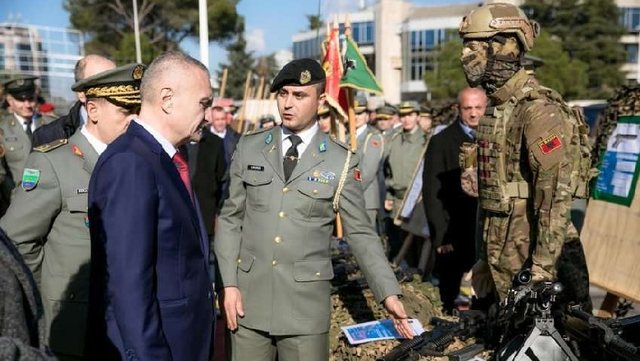 The Head of State, Ilir Meta has decreed the awarding of the ranks of "Brigadier General" for 6 leaders of the Armed Forces of the Republic of Albania.

On the proposal of the Minister of Defense, Niko Peleshi, President Meta has decreed the award of the major rank for the director of the Intelligence and Security Agency, Ilir Koço Pujo.

While Adnand Agastra has received the major rank "Rear Admiral"

The President of the Republic, HE Ilir Meta, after reviewing the proposals of the Minister of Defense, today, has decreed the award of Major Degrees, for some senior leaders of the Armed Forces, as follows:

-               Colonel Ferdinand Vasil Dimo , acting "Commander", in the Vocational Training Center of the Soldier (Basic Training Center), in the Academy of the Armed Forces, is awarded the rank of "Brigadier General".

-               Colonel Editson Jani Zarka, acting "Director of General Inspection", in the Ministry of Defense, is given the rank of "Brigadier General".

-               Colonel Ylli Nikol Pulaj, currently acting Deputy Commander of the Air Force, is given the rank of "Brigadier General".