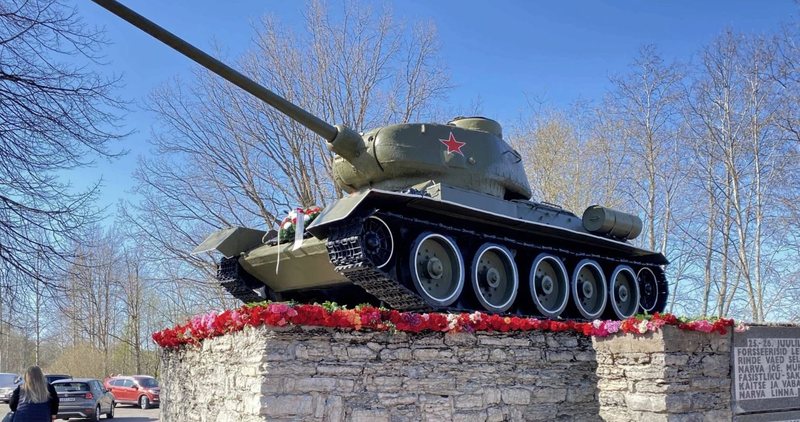 Authorities in Estonia have moved Soviet-era World War II memorials to the border town of Narva, a decision that previously prompted warnings and protests from Moscow.

Engineers began removing a tank at a memorial in Narva in the early hours of August 16, with a significant contingent of police and security forces standing guard, according to state media ERR.

"Today's decision helps to keep our focus on our most important tasks: strengthening Estonia's security and helping all Estonian people cope with the crises caused by the war in Ukraine," the country's prime minister Kaja was quoted as saying. Kallas.

The Soviet tank will be moved to a war museum north of the capital, Tallinn.

Narva is a predominantly Russian-speaking town on the border with Russia, and the government's announcement that it planned to move the tank had sparked an outcry from Russian officials. It is not the first time that Estonia has drawn the ire of Russia over the relocation of war memorials.

In 2007, the Estonian government announced that it would move a monument called the Bronze Soldier from central Tallinn to a military cemetery on the outskirts of the city.

The monument was erected by Soviet officials to commemorate the Soviet forces that drove the Nazi army out of Estonia; many Estonians considered the monument offensive due to the decades-long occupation of the country by the Soviet Union.

The decision sparked outrage in the Russian-language media and sparked two days of rioting in Tallinn that injured 156 people and resulted in the arrest of 1,000 others. The country was later hit by massive cyber attacks that were largely blamed on Russia.

This latest move comes as Estonia and the other two Baltic countries have taken increasingly tough stances towards Moscow in the wake of Russia's invasion of Ukraine in February this year.

Estonian authorities have called for the blocking of Schengen visas for Russian citizens, which allow broad access to many European Union countries. /REL