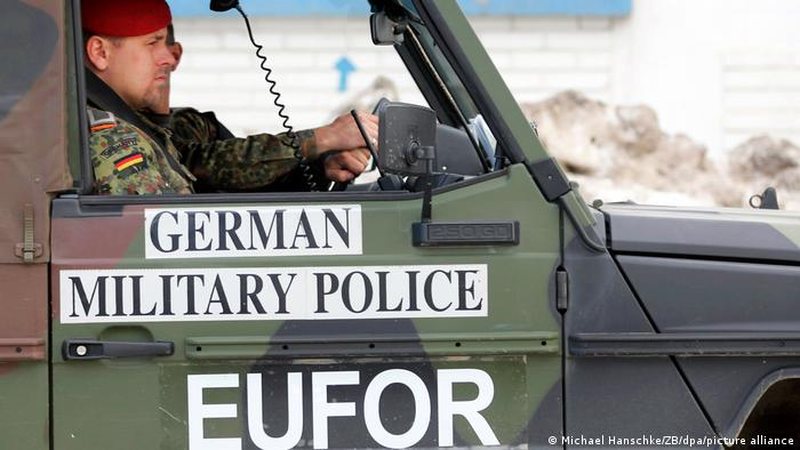 Germany has decided to send soldiers to the international mission in Bosnia-Herzegovina again. This is also related to the fear of new conflicts.

Germany has decided to strengthen its military presence in the Western Balkans. At the request of the federal government, the Bundestag approved the decision already in July, with a large majority, for the participation of German soldiers (of the Bundeswehr) in Kosovo and Bosnia-Herzegovina. While today it has been decided that up to 50 soldiers will be sent to Bosnia-Herzegovina, who will participate there in the framework of the EUFOR international mission. This means that the German troops will return to Bosnia-Herzegovina, after a full 10 years, because the German troops left this country in 2012. While they have been involved in the KFOR mission in Kosovo since 1999.

The Bundestag has created the legal framework for the re-engagement of the EU mission Eufor Althea in July. While the German media now announce that a double-digit number of German soldiers will be returned to the capital Sarajevo first. Sources of the newspaper Der Spiegel from the Bundeswehr have stated that the number of German soldiers in Bosnia-Herzegovina will increase, so that by the parliamentary elections in this country, on October 2, the mission of about 50 soldiers will be completed. According to these sources, German soldiers will help train and prepare the armed forces of Bosnia and Herzegovina. But they will also restore contacts with the civil authorities and the population there, our aim is to maintain peace and stability in this country.

In the German media, it is underlined that the return of German soldiers to Bosnia-Herzegovina coincides with the time of increasing fear of Russian influence in these regions, in particular in Republika Srpska and in Serbia, where Russia has powerful allies. In some international circles, there is a fear that Russia could try to shift the conflicts in this region as well, which is in complete contradiction to the German and European policy for maintaining stability and peace in the Western Balkans. As for Kosovo, Germany continues to have a contingent of about 70 troops there. But there is the legal possibility of increasing the number of soldiers there as well, in case of need./DW