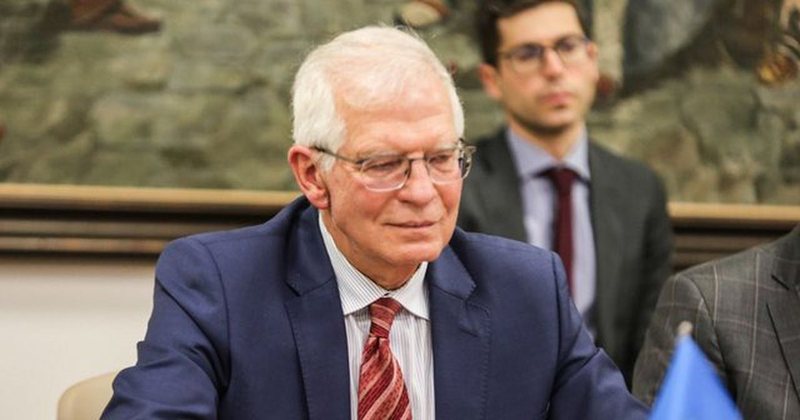 The EU seems to be starting to worry about Vladimir Putin's latest threats that he might use nuclear weapons in the conflict in Ukraine.

This is noted in the recent statement of the bloc's foreign policy chief, Josep Borrell, who said that the war in Ukraine has reached a "dangerous moment".

"It's certainly a dangerous moment because the Russian military has been pushed into a corner and Putin's reaction, threatening to use nuclear weapons, is very bad," Borrell said.

Seven months since the start of Russia's invasion of Ukraine, analysts agree that President Putin's forces are standing firm, but he said a "diplomatic solution" must be reached, one that "preserves Ukraine's sovereignty and territorial integrity."

In a rare address to the nation earlier this week, Putin said his country had "various weapons of destruction" and would "use all available means," adding: "I'm not bluffing."

"When people say it's not a bluff, you have to take them seriously," Borrell said.

Borrell was willing to say publicly what many say privately, that Europe and its allies were struggling to control the narrative in this war, while Russia lays out the view that European sanctions against Russia were to blame for this suffering.

But Moscow's new and worrisome threats, including a thinly veiled nuke, are also focusing minds. Most Western leaders, including Mr Borrell, are still adamant about the need to stay the course in a conflict with far-reaching consequences, above all for Ukraine, but also many others.

Borrell dismissed concerns that the EU's arms supplies were running out and said it should continue to provide military support to Ukraine, as well as enforce economic sanctions against President Putin and his allies and conduct diplomatic activity.