Was Jesus trans? The creepy theory of the British academics, here they are supported 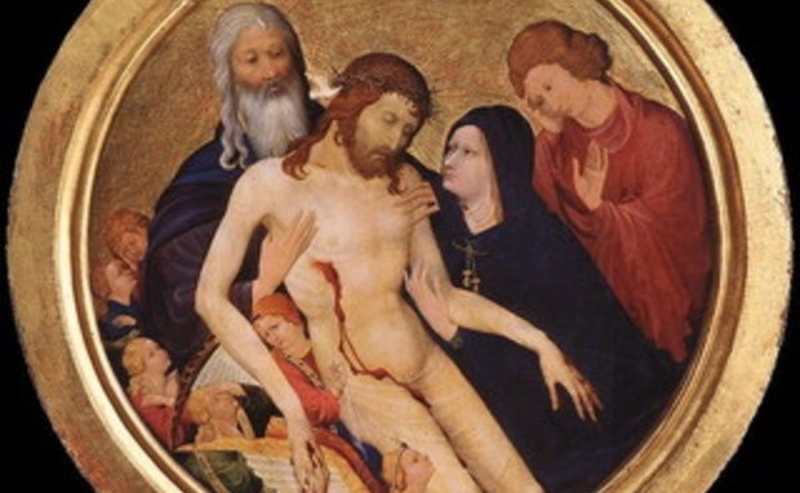 "Jesus was a trans man". This is the latest crazy theory about Jesus Christ that comes not from a circle of militant fanatics of the LGBTQ cause, but from the heart of British academic excellence: the prestigious Trinity College, one of the thirty-one that make up the University of Cambridge. This idea is presented by a young scholar, Joshua Heath, who, relying on three paintings of the Crucifixion dating from the Middle Ages and the Renaissance, including La Grande Pietà by the Frenchman Jean Malouel, asserted that Christ "had a trans body. ". Heath, who is doing his PhD under the tutelage of former Archbishop of Canterbury Rowan Williams, believes that in all three appearances the side wound resembles a vagina.

Before an assembly of Anglicans, he also pointed out that in the Bonne de Luxembourg Prayer Book, which dates back to the fourteenth century, the wound "takes on a decidedly vaginal appearance". Speaking of a body "simultaneously male and female", Heath is convinced that "if Christ's body is, as these works suggest, the body of all bodies, then his body is also a trans body".

The believers present expressed their indignation, chanting heresy and saying they were "shocked by this provocative sermon". The dean of Trinity College, Michael Banner, instead expressed enthusiasm for the new perspective on Christ, calling it, as well as "legitimate," useful for "reflecting on issues related to today's trance." A spokesman for Trinity College, following in Banner's footsteps, hailed Heath's sermon, "which explores the nature of religious art in the spirit of thought-provoking academic inquiry, tailored to the open debate and dialogue of the University of Cambridge".