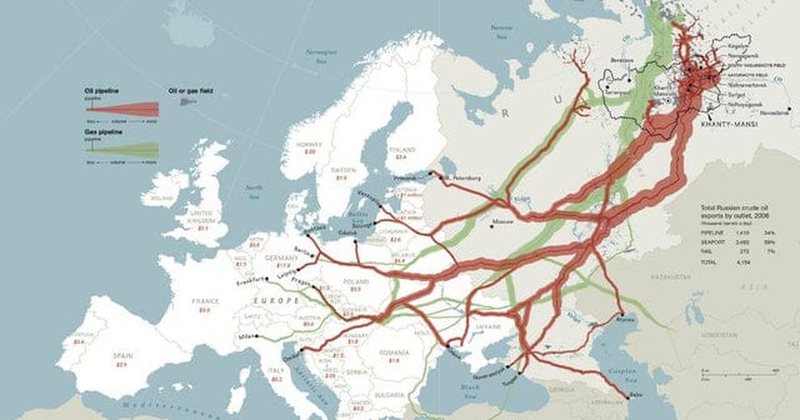 Lithuania has legally banned the import of Russian natural gas, with the exception of its transit to the Kaliningrad region.

The amendments to the Law on Natural Gas were approved by the parliament of this Baltic state with 123 votes in favor and two abstentions.

Following the adoption of the amendments to the law, the natural gas transmission system and the liquefied natural gas terminal "Klaipedos nafta" will be available only to suppliers from countries that do not pose a threat to national security, with the exception of those transporting gas to transit to Kaliningrad.

In 2015, Gazprom and AB Amber Grid signed an agreement on the transit of Russian gas through Lithuania to the Kaliningrad region.

The contract was signed for ten years and envisages the transport of up to 2.5 billion cubic meters of gas per year through the Minsk-Vilnius-Kaunas-Kaliningrad pipeline.

Until recently, this was the only transit route to the Kaliningrad region.

Terrible sight! Held hostage by the Russians for 4 months, the Ukrainian soldier shows his wounds: 4 centimeters of bone are missing