"Crazy lunatic", Western leaders explode against Putin: If it were a woman ... 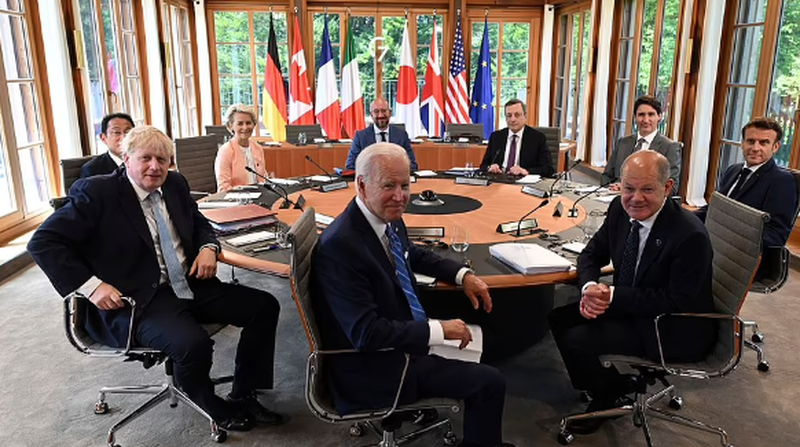 Western leaders have lashed out at Russian President Vladimir Putin, calling him a lunatic, a "toxic man with an inferiority syndrome."

At the NATO Summit in Madrid, British Prime Minister Boris Johnson said the Russian leader was insane and a person with a toxic masculinity. According to him, if Putin were a woman, the aggression against Ukraine would not have started.

"If Putin were a woman, which he certainly is not, but if he were, I really do not think he would start this crazy, violent and macho war as he started it.

"If you want a perfect example of toxic masculinity, this is what he is doing in Ukraine," Johnson told German media ZDF.

He added that more women should be in power so that such things do not happen again.

"I certainly think Putin's view of himself and the world is that of a man with 'little man syndrome,'" he said. Rarely do we hear about little man syndrome in women. This always happens for males. "While Putin is the maximum of experiencing this syndrome", Wallace said today for LBC.

The labeling of Putin came after the mockery of photos of the Russian leader at the G7 summit, where he appeared full of muscles on a horse and without a T-shirt.

At a rally in Germany, Johnson, Justin Trudeau and Ursula von der Leyen of the EU were heard joking that they had to "ride from the waist up" to show that they were "tougher" than Putin. .