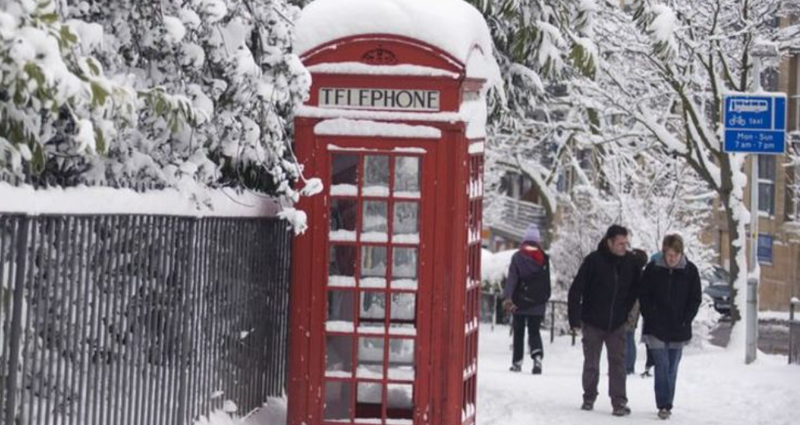 The weather forecast for Britain is extremely worrying, as it is expected to be the worst in its history. Skyrocketing energy prices will cause the country a humanitarian crisis, as low-income households will have to make difficult decisions about whether to turn on the heating.

"The country is facing a humanitarian crisis. "Many people will be forced to make a terrible choice between forgoing heating their homes and living in cold, damp and very uncomfortable conditions," said Matthew Taylor, head of the Confederation of National Health Systems (NHS). , which represents organizations in the health sector in Britain.

The NHS warned, citing an "unprecedented" risk of dying from the cold at home.

As Taylor told BBC radio, "research shows that failing to heat homes could cause an extra 10,000 deaths a year." This is what happens in a normal year. And we know that the pressure will be much greater on people and, unless we do something to help people meet their energy costs, an unprecedented number of people will not be able to heat their homes. "

This situation can cause the emergence of respiratory diseases, mental diseases and worsen the life prospects of children, he added. The emergence of these illnesses will come at a time when the NHS is likely to experience the toughest winter in its history.

Britain's prime minister is resisting calls for more support for families to cope with rising living costs, insisting he will leave big economic decisions to the next prime minister who takes office in early September.

A spokesman for Britain's Department of Health said the government is already supporting families with the £37bn package it announced in May to tackle the cost of living and is also working to strengthen the national health system.

The average amount a household spends on energy (electricity and gas) is expected to double again by January 2023 to over £4,000, which will also worsen inflation which reached 10% in July.