Can a bomb go off? The Times' dire warning: Vladimir Putin is preparing to test nuclear weapons on the border with Ukraine 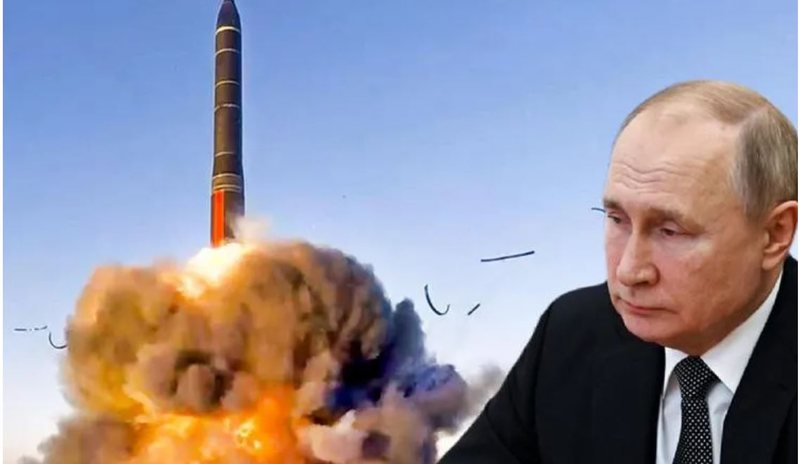 Putin is preparing his armed forces to conduct a nuclear test on the Ukrainian border. This is what we read in the British Times, which quotes a report sent by NATO to member countries.

This is an intelligence report warning of possible actions by Moscow, including testing the Poseidon submarine drone equipped with an atomic warhead. According to other sources, a Russian military train from the nuclear division has left for Ukraine, the unit responsible for nuclear munitions, their storage and maintenance according to analyst Konrad Muzyka.

Putin could potentially also detonate a bomb on Snake Island - a symbol of Ukrainian resistance since the start of the war. Other options could be a full battlefield attack on Ukrainian forces using a tactical nuclear weapon.

Although smaller, such devices would still be utterly devastating, killing thousands and causing radiation. Another option could be that Putin could launch an attack on Kiev, or even try to destroy Western weapons entering Ukraine from Poland, reports abcnews.al.

And all these options are likely to bring a reaction from the West. It could range from a US nuclear attack on the Russians to a surprise attempt to end the war and negotiate peace between Kiev and Moscow.

Both the US and Russia are believed to have invested a lot of time and money in developing tactical nuclear weapons ready for battlefield use. The weapons lack the destructive power of the largest weapons of the Cold War era – such as the Tsar Bomba.

A single 58 megaton Tsar Bomba could devastate an area of ??50 miles, kill millions of people, send a shock wave that would circle the globe three times, and cause a mushroom cloud visible up to 500 miles.

Such a bomb was considered too large to be used because of the potentially apocalyptic consequences. But something like that has led war planners to develop and potentially use tactical nuclear weapons as opposed to strategic ones.