Serious footage/ He was found under the mattress of the bed, the 38-year-old wanted man shoots at the police (Video) 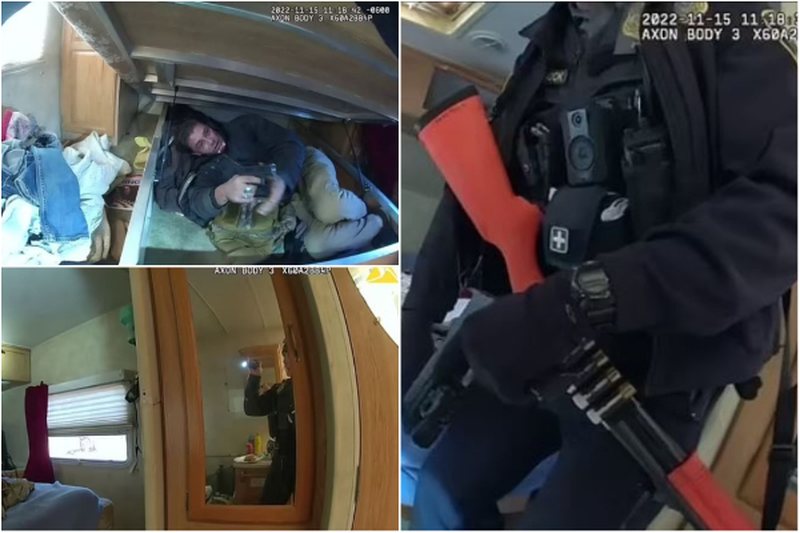 The Oklahoma State Police in the USA have published footage of an operation where a 38-year-old man who had escaped from prison was killed.

The incident occurred on November 15, where Timothy Johnson was found inside a trailer in the southwest part of the capital of Oklahoma.

As seen in the published footage, he was hiding under the mattress of the bed inside the roller blind. When one of the officers discovered the place where he was hiding, the 38-year-old man took out his pistol and pointed it at the police.

The operatives immediately repelled them and got out of the trailer. For a few moments, they exchanged gunfire, until one of the operatives executed the 38-year-old.

An Oklahoma police officer was also injured by the shooting, who was immediately taken to the hospital.