Protesters make a name for themselves in Iran, chanting "death to Raisi" 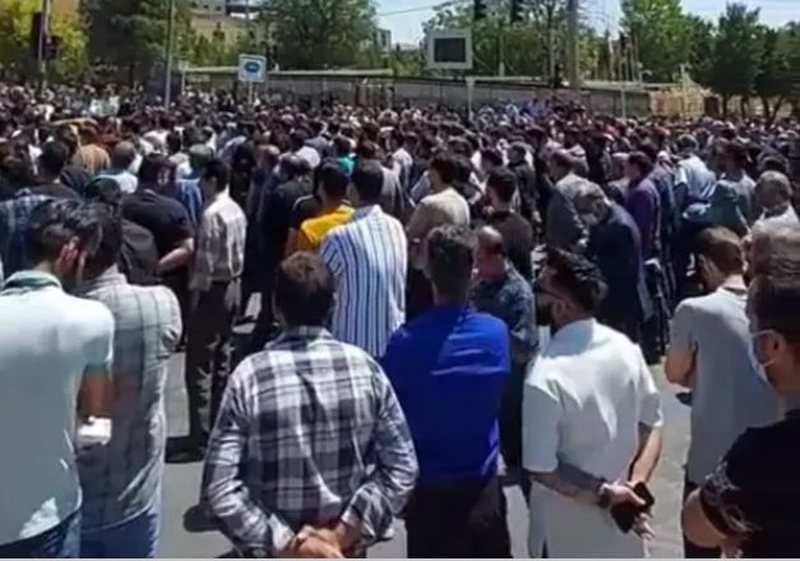 Hundreds of people protested the lack of water in the central Iranian province of Chaharmahal and Bakhtiari, chanting "death to Raisi", referring to the president of the Islamic Republic of Iran, Ebrahim Raisi.

According to videos posted on social media on August 16, hundreds of protesters gathered in front of the administrative building of Chaharmahal and Bakhtiari in the regional capital, Shahrekord, due to the 10-day water shortage crisis, with residents using their only source of water. daily they take it through trucks.

Iranian security forces have been seen among the protesters, but so far no violence has been reported.

While most of Iran has suffered from water shortages for years, the recent crisis in Chaharmahal and Bakhtiari intensified when the source of Kohrang was removed from the drinking water supply circuit.

Ahmadreza Mohammadi, the head of water supply and sanitation in Chaharmahal and Bakhtiari, announced that the spring was out of order due to the "turbidity of the water of the Kohrang spring" as a result of a recent flood.

On August 14, Etezad Moghimi, director general of the crisis management office at the Ministry of Energy, promised that within a day all water treatment plants would be operational and the water supply problem would be resolved.

Residents of the province have complained on social networks that the situation has not improved despite the promise. Experts say climate change has significantly increased droughts and floods in Iran, and that their intensity and frequency threaten food security.

Dozens of protests have been held across Iran in recent months due to deteriorating living conditions in the country, which has been hit hard by US sanctions imposed on Tehran's nuclear program./REL