The danger at the nuclear power plant in Zaporizhia, the head of the UN urgently leaves for Ukraine 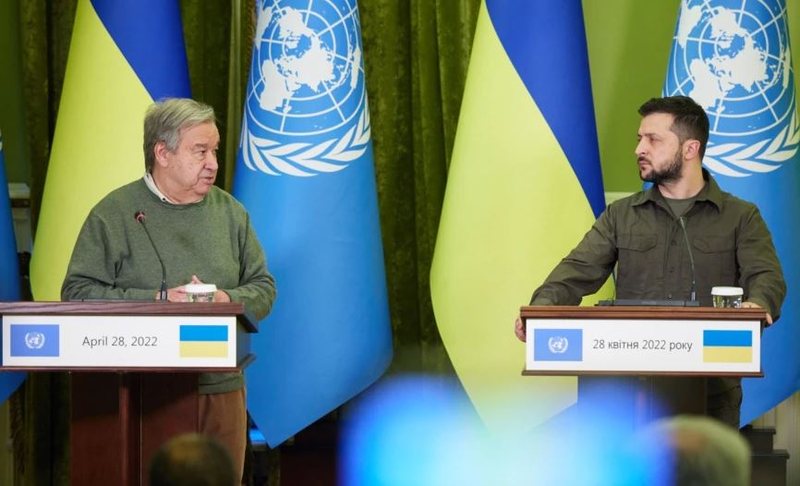 The Secretary General of the United Nations Organization, Antonio Guterres, will meet on Thursday in Ukraine with Ukrainian President Volodymyr Zelenskiy and Turkish President Recep Tayyip Erdogan. The news was confirmed by a UN spokesman, who also said that on Friday Guterres will visit the Black Sea port of Odesa, where wheat exports have resumed under a UN-brokered deal.

UN spokesman Stephane Dujarric said on Tuesday that Guterres will meet Zelenskiy in Lviv in western Ukraine where they will discuss the tense situation at the Zaporizhia nuclear power plant with the aim of finding a political solution to the conflict with Russia.

Ukraine and Russia have blamed each other for bombings near the nuclear power plant in eastern Ukraine, which Russian forces took control of in the early stages of their February 24 invasion. The factory is still being operated by Ukrainian technicians.

The United Nations has said it could help organize a visit by International Atomic Energy Agency (IAEA) inspectors to Zaporizhia from Kiev, but Russia said any mission passing through the Ukrainian capital was too dangerous.

On Saturday, Guterres will visit the Joint Coordination Center in Istanbul, which is made up of Russian, Ukrainian, Turkish and UN officials that oversee Ukraine's exports of grain and chemical fertilizers to the Black Sea.

Three Black Sea ports were unblocked last month under a deal between Moscow and Kiev brokered by the United Nations and Turkey, making it possible to ship hundreds of thousands of tons of Ukrainian grain to international buyers. The United Nations said the agreement aims to ease a worsening global food crisis./REL