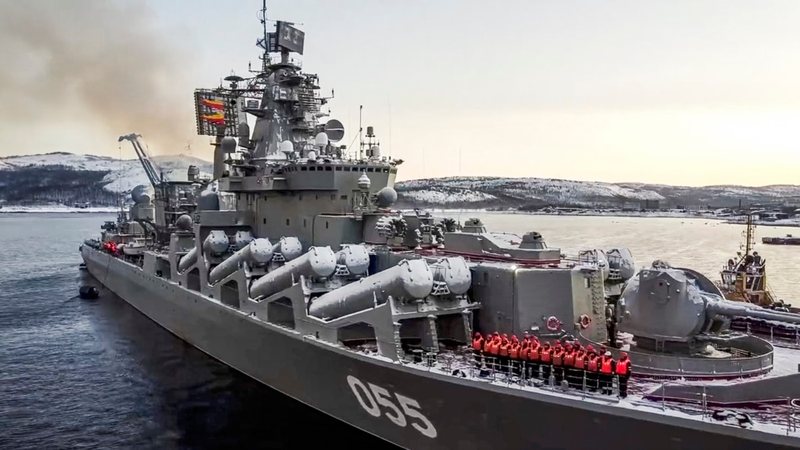 Russia warned today that it would retaliate if the United States and its allies opposed its security demands.

The West is worried that Russia is planning to invade Ukraine. Russia denies this, although it has amassed more than 100,000 troops on the border with Ukraine and is conducting a number of other military maneuvers in the region.

At the heart of Moscow's demands is Ukraine's future. Moscow demands assurances that Ukraine and other former Soviet countries will not be allowed to join NATO and that the alliance will withdraw troops from other countries of the former Soviet bloc.

Some of these requirements, such as non-membership guarantees, are unacceptable to NATO.

Opposing attitudes have led many to fear that a war is going on. Speaking to Russian lawmakers today, Foreign Minister Sergei Lavrov said that if the West continues on this aggressive course, "Moscow will take the right retaliatory steps."

Moscow is waiting for the American response, he said, "but it will not wait indefinitely."

NATO announced this week that it would reinforce forces in the Baltic Sea region, and the United States has ordered 8,500 troops on standby for possible deployment to Europe.

Western governments are also helping Ukraine with weapons and military equipment to strengthen its defenses.

Several rounds of high-level diplomatic meetings have so far made no progress.

This is not the first time Russia has intervened in Ukraine. In 2014, following the ousting of Ukraine's pro-Russian president in protest, Russia invaded the Ukrainian peninsula of Crimea and backed a separatist uprising in Ukraine's eastern industrial region.

Fighting between Ukrainian forces and Russian-backed rebels in the region has left 14,000 people dead and efforts for a peaceful election have so far been unsuccessful.

Biden raises tones, comes out with strong threat to Putin

The list of monkeys is spreading rapidly, WHO warns: The world is facing "scary" challenges

What are you warning about? Joe Biden comes out with full conviction: We will use military force if ...

The Russians are also "betrayed" by the dog, the photo that is breaking the net

Top EU official triggers 'earthquake' in Italy, launches hunt for 'Putin's friends': Do not hide, here are the politicians who paved the way for the war in Ukraine