Russia is declared the number one threat, which is NATO's new strategy 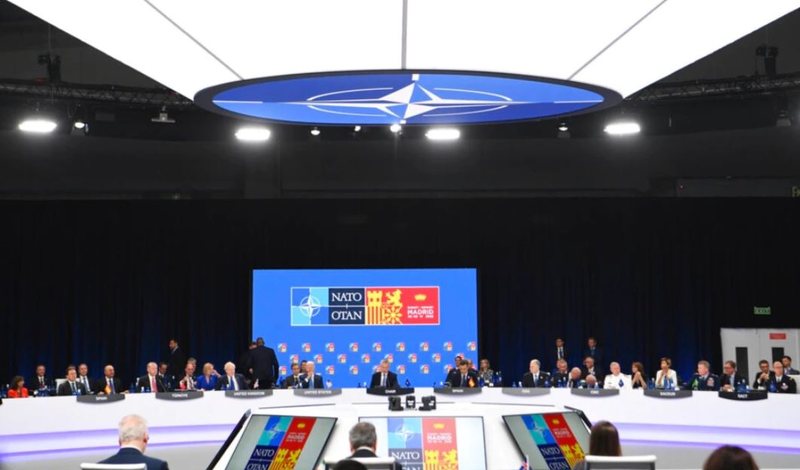 Meeting at the summit in Madrid, Spain, NATO leaders approved the new strategic concept of the alliance, where Russia is declared the number one threat to the alliance.

While the alliance also approved the membership applications of Sweden and Finland, US President Joe Biden spoke from Madrid about an unmistakable message that the NATO summit is giving. The United States has announced a significant increase in its military presence in Europe, including a permanent US military base in Poland, the deployment of new warships in Spain, and F-35 aircraft in Britain.

NATO leaders today approved the new strategic alliance concept, a document that is drafted once every ten years. NATO's latest strategy in 2010 defined Russia as a "strategic partner." Already, the alliance considers Moscow a primary threat.

"Today, NATO leaders made the historic decision to invite Finland and Sweden to join NATO. Uan The leaders adopted the new NATO strategic concept that is currently being published. "This is a new strategic concept. It makes it clear that Russia poses the most significant and direct threat to our security," said NATO Secretary-General Jens Stoltenberg.

US President Joe Biden spoke from Madrid about an unmistakable message that NATO is giving.

"In this meeting, the alliance welcomes Finland and Sweden. The historic application for membership, as well as their decision to leave the tradition of neutrality and join the NATO alliance, will make us stronger and more secure. "We are sending an unmistakable message that NATO is strong, united, and that the steps we will take at this meeting will further enhance our common strength," said President Biden.

The United States has announced a significant increase in its military presence in Europe, including a permanent US military base in Poland, the deployment of two more destroyers at Rota base in Spain, and two new squadrons of F35 aircraft in Britain. .

British Prime Minister Boris Johnson described the NATO summit as a historic one.

"I think the first lesson from today is that if Vladimir Putin was hoping for a smaller NATO presence on his western front, as a result of his unprovoked and illegal attack on Ukraine, it has resulted. completely wrong. He is getting more NATO in return. This is a historic meeting in many ways; we already have two new countries joining, Finland and Sweden. "An extraordinary step forward for our alliance," said Johnson.

The Alliance will send formal membership invitations to these two countries and the decision on their membership will have to be ratified by all member states.

Russia's attack on the neighboring country has shaken peace in Europe and prompted NATO to deploy forces and armaments in Eastern Europe on an unprecedented scale since the Cold War. Member states have also sent billions of dollars in military and civilian aid to Ukraine./VOA

The West is in tension/ NATO raises the alarm, the Russian submarine disappears under the Arctic, what is expected to happen