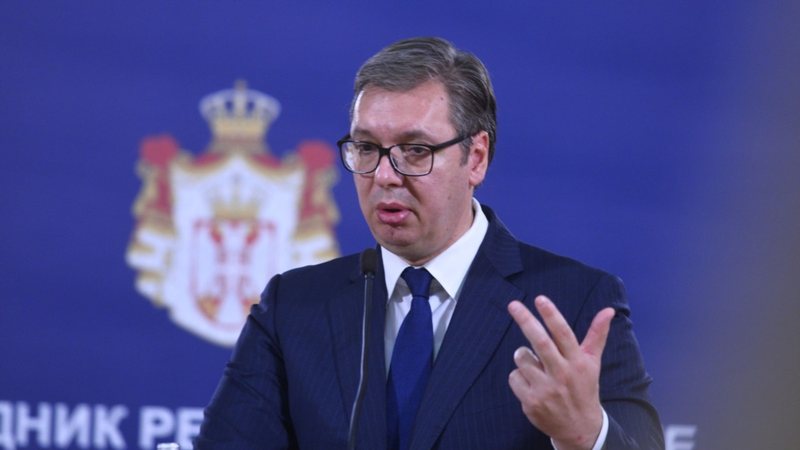 The President of Serbia, Aleksandër Vu?i?, spoke today about the May 4 invitation to visit Berlin received by the German Chancellor, Olaf Scholz, this day when the Prime Minister of the Republic of Kosovo, Albin Kurti, and the emissary of of the EU, Miroslav Lajcak.

Vucic said that there are no great expectations from the talks that are expected to take place in Berlin.

"From the meeting with Chancellor Scholz, I expect to hear remarks about Serbia's behavior, and I will have the opportunity to express Serbia's position," said Vucic.

Asked by journalists what can be expected from the talks in Berlin, Vucic said that his expectations are not very high and that "nothing good is expected to happen".

"That's all, neither bad nor good. A good opportunity to express our positions, but we will not change Germany's position on the independence of Kosovo, nor on the sanctions", said the head of the Serbian state.

Tutje Vu?i? claims that the situation in Kosovo "is not good" and that "everything is going towards the expulsion of the Serbs" and that Serbia should recognize the independence of the Republic of Kosovo.

"I am very skeptical about this", said Vucic.

Tutje Vu?i? has said that he is very worried because of the "irresponsibility and frivolity" of the Prime Minister of the Republic of Kosovo, Albin Kurti, but also because of many of those in the West who are supporting Kurti's policy.

"The situation in Kosovo is dramatic, and the Serbian people are under a lot of pressure, because many want to use the situation in Ukraine to influence the Serbs to accept something," said Vucic.

Vucic further said that Kosovo is not implementing the Brussels agreements.

Vu?i? further spoke about an "attempt" that, according to him, would result in the "expulsion of the Serbs" or even the obligation for Serbia to recognize the independence of the Republic of Kosovo.

"We cannot fulfill this. I'm a big skeptic, even though I support real dialogue. Today, that dialogue with Kurti does not exist", said Vucic, adding that the time of orders has passed.