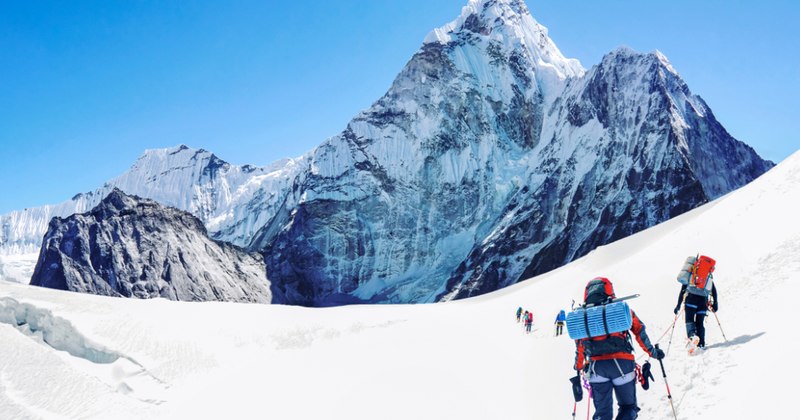 At least four climbers were killed today by an avalanche in the Himalayas in India, according to official authorities.

Meanwhile, the media in the country have brought the number of dead to 10. So it is known that the avalanche took down the climbers at a height of 4880 meters in Uttarakhand.

"We have confirmed the death of four people, out of 33 who were trapped (in the snow). Eight were rescued," Ridhim Agarwal, head of Uttarakhand's rescue service, told AFP.

"It was snowing but the weather has improved now and we have started the rescue operation with the help of the air force and other services. The operation will continue as long as the weather allows and until everyone is safe", he emphasized.

In August, a climber was found dead two months after falling into a crevasse while traversing a glacier in the northern Indian state of Himachal Pradesh. Last week, the body of the famous skier and climber Hilary Nelson was found on the slopes of Manaslu, a mountain in Nepal. Nelson's tracks were lost while she was skiing the eighth highest mountain on the planet.

On the day of the accident, an avalanche hit Camps 3 and 4 on the 8,163-meter mountain, killing Nepali climber Anoop Rai. Ten other people were injured.

There are not enough studies on the effects of climate change in the Himalayas, but climbers notice that cracks are widening, water is in areas that were previously covered with snow, while glacial lakes are also increasing.

Efi, as she rarely confesses about her partner, shows her fragile side in "BBV": He brings out the best in me

Efi Dhedhes is one of the most commented contestants in "Big Brother Vip". Altho...