Tragically, they were sleeping on the railroad, the train pressed to death the two immigrants 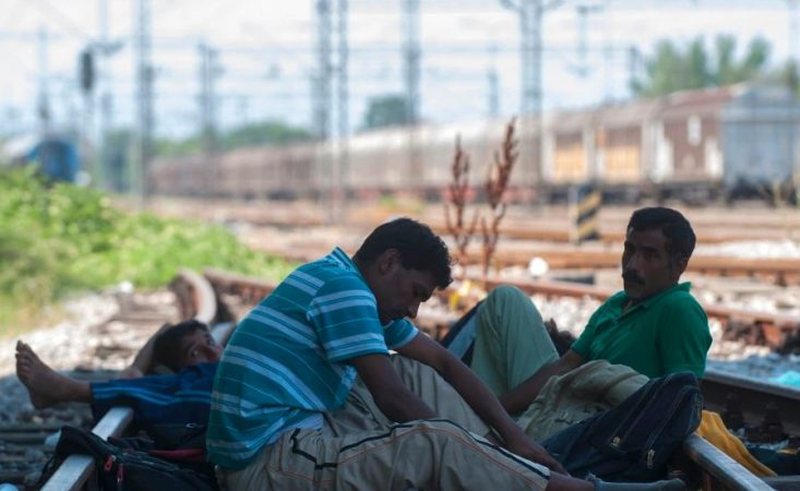 Police in northern Macedonia reported that two migrants lost their lives in the south of the country, early Wednesday morning when a freight train hit them while they were sleeping near the tracks in the dark.

The incident happened overnight outside Miravc, a village near the border with Greece. Police said the two immigrants died immediately. They did not provide any information on the identity or nationality of the victims.

The announcement of the Ministry of Internal Affairs of Northern Macedonia states that on Wednesday at 02:20 in the Gevgelija Police Station it was reported that on the railway line, between the Miravci railway station and the Klisura railway station, a freight train traveling to The line Gevgelija Railway Station - Trubarevo load, hit two people who were lying on the railway. Competent authorities are working to identify the dead bodies.

Immigrants often use the railroad tracks as a guide while clandestinely heading to central Europe. A similar accident killed 14 migrants from Afghanistan and Somalia in 2015.

Police say they have apprehended hundreds of migrants in recent months as the so-called Balkan route, which runs through northern Macedonia, became more active following the lifting of travel restrictions by COVID-19.

What is happening in China, the national alarm is issued

Panic on board a plane, pilots fall asleep just before landing

Video/ Panic on the beach, the shark approaches the shore, vacationers flee in terror