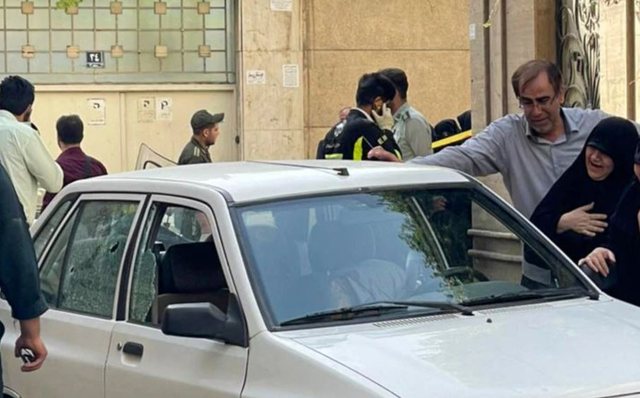 The colonel of the Islamic Revolutionary Guard Corps in Iran, Sayad Khodai, has been shot dead in Tehran.

Murders of this profile are rare in this state. Two gunmen reportedly fired five shots at the colonel outside his home.

So far, no one has claimed responsibility for Sunday's attack, and authorities are searching for the suspects.

This attack is the biggest security breach in Iran since 2020, when a well-known scientist was killed.

Colonel Khodai has been a member of the elite forces, units of the Islamic Revolutionary Guard Corps that conduct operations abroad.

The United States accuses the force of supporting terrorist organizations, and holds it responsible for attacks in the Middle East.

Iranian Foreign Ministry spokesman Saeed Khatibzadeh said the colonel had been killed by "sworn enemies" of Iran, who are "terrorist agents linked to global arrogance" - a reference to the United States and its allies - and said that other states that "claim to fight terrorism are silently sorry."

Earlier, Iranian officials accused Israel of being behind such high-profile killings.

Khodai is the second official from the elite unit to be killed in recent years.

In 2020, Iran's most powerful military commander, General Qasem Soleimani, was killed in a US airstrike in Iraq.