Involved in a terrorist cell, member of the 'Beatles' gang is sentenced to life imprisonment 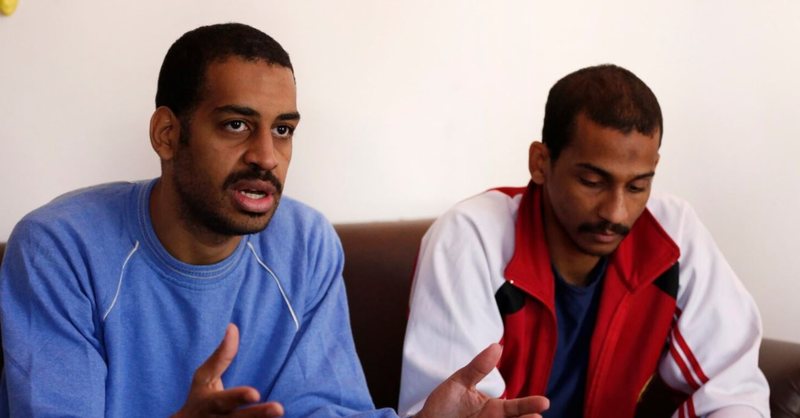 A militant of the Islamic State group from Great Britain, known as "Beatles", has been sentenced to life imprisonment by an American court for his involvement in a terrorist cell.

El Shafee Elsheikh, 34, was convicted in April of kidnapping and conspiracy to kill US citizens and supporting a terrorist organization.

The Sudanese-born Londoner was the highest-profile IS fighter to go on trial in the US.

His actions reportedly resulted in the deaths of four American hostages.

"The hate really overcame your humanity," Foley's family said in a statement Friday. "But you have also lost - freedom, citizenship and contact with family. We have all lost."

Friday marks the eighth anniversary of Foley's death. His mother, Diane Foley, told the BBC that when she first heard of her son's death she thought it was "a cruel joke".

The band "Beatles" of IS consisted of three other people. This cell got this name because of the British accent of the members of this group.

The three members: Elsheikh, Alexanda Kotey and Mohammed Emwazi, who are said to be part of the group, all grew up in west London and volunteered to fight for the Islamic State group in Syria.

Elsheikh was the only one of the three militants to stand trial in the US, after Kotey pleaded guilty to the charges last September and Emwazi was killed in a 2015 drone strike in Syria.

In April, the 12-person jury deliberated for less than six hours over two days before finding Elsheikh guilty.

The grueling 11-day trial included testimony from the former hostages and their family members. They described the Beatles as a unit that reveled in brutality.

Meanwhile, Elsheikh's lawyers said that he was "a simple ISIS fighter" who only went to Syria in the name of "suffering Muslims". /REL

Terrible sight! Held hostage by the Russians for 4 months, the Ukrainian soldier shows his wounds: 4 centimeters of bone are missing