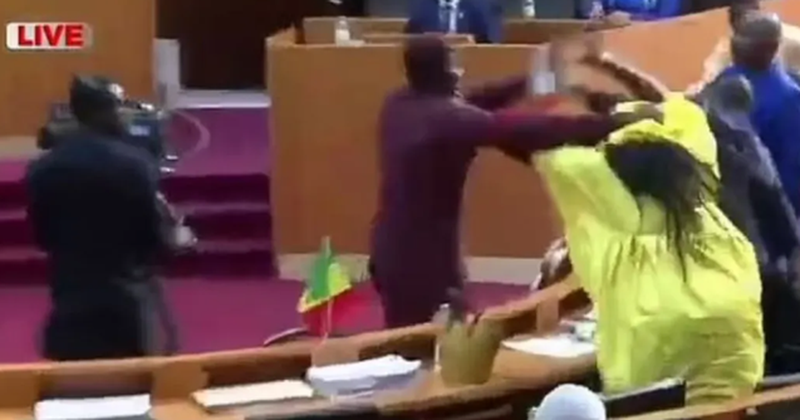 A fierce fight took place in the Parliament of Senegal yesterday, during the plenary session where the draft budget was being discussed.

As can be seen in the video, the deputy gets up from his seat, goes to his colleague and slaps him. The situation seems to have worsened as the latter did not leave it at that. The MP took a chair and threw it at her colleague's face.

The fight broke out during a budget debate with opposition lawmaker Masata Sabb coming out of the podium and punching ruling coalition MP Ami Diage Gnibi, foreign media reported.

As expected, the meeting was interrupted as after the first confrontation, more punches, insults and accusations followed from both sides. The episode was televised.