Video/ The weather is 'crazy' in Britain, the authorities issue an urgent warning: Run away from your homes, there will be... 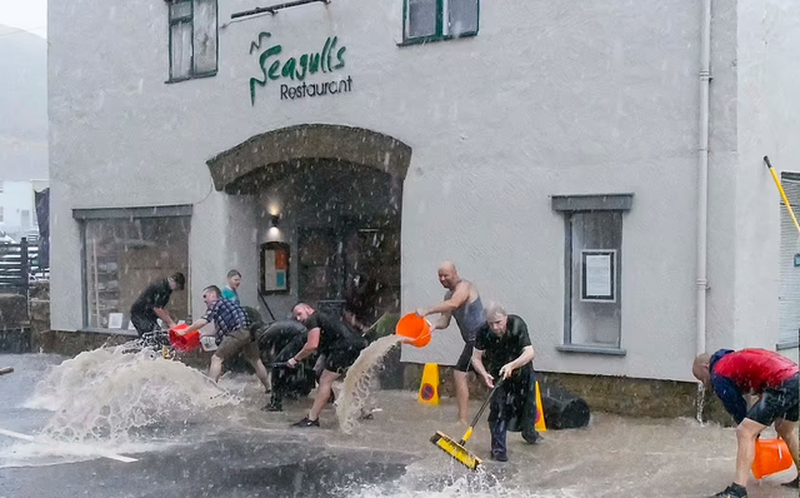 British authorities have warned citizens to be ready to leave, as the weather is expected to worsen in the coming hours.

Britain, which this year recorded record temperatures, which reached up to 35 degrees Celsius, starting on Tuesday will face rain storms, hail and large electrical discharges.

Meteorologists predict a worsening of the weather which will extend to most of the island.

They predict that due to the heavy rains there will be floods and mud on the roads, while as a result of the electric discharges it is expected that the roofs of the houses will be damaged.

Meteorologists and authorities have requested that citizens living in areas that will be affected by storms and cyclones should take measures to leave, so as not to endanger their lives.

Meanwhile, experts warned that the drought is far from over as the country needs weeks of rain to replenish supplies. It follows the nation's driest July on record and the driest first half of the year since 1976.