Video/ One of the biggest tragedies in the world of sports, the number of victims from collisions in the stadium reaches 174 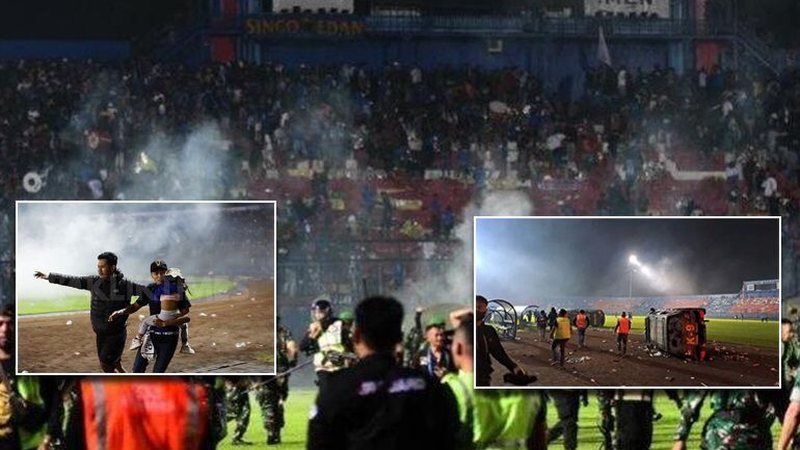 One of the biggest tragedies that has ever marked the sports field happened in Indonesia. The death toll from clashes at a football match between Arema and Persebaya Surabaya in East Java has risen to 174, while 129 were initially reported.

According to what has been revealed so far, the tragedy happened after the final whistle of the match, in which Persebaya Surabaya emerged victorious. Fans invaded the stadium and police used chemicals to repel them, causing panic.

The result was that dozens of people were trampled to death or died of suffocation or severe injury.

Nearly 180 people were injured in the resulting panic, while a senior official in the country revealed that the number of spectators exceeded the capacity of the stadium by about 4,000 people.

The situation at a football match in East Java, Indonesia yesterday evening which led to the death of 129 and 180 injured from stampede and suffocation.

There needs to be an investigation of the police's fatal misconduct.