Video / Clashes between young people, with chairs and bottles on their heads, how the conflict between the British and the Portuguese started 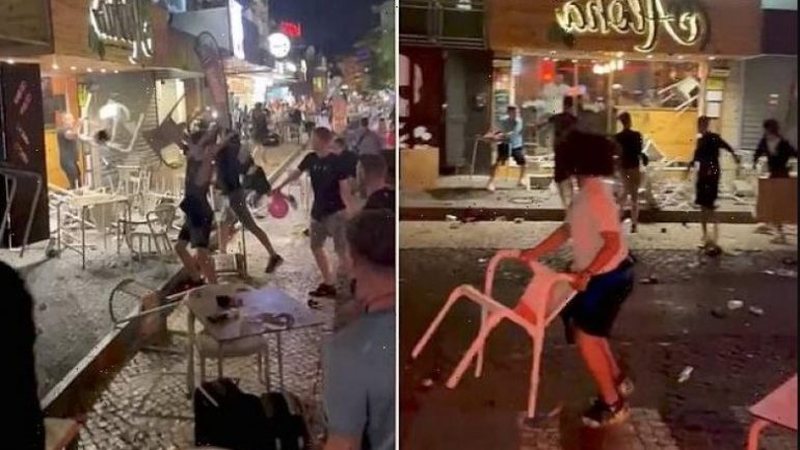 A massive brawl has occurred between a group of young people from Britain and those from Portugal, in a resort town in the Algarve region in Portugal.

It all happened in the Aloha cafeteria located on the main street in Praia da Rocha, and was "bombarded" by plastic chairs and various things, flying over the heads of young people.

According to local media, it all started when the group of Britons verbally clashed with a local clan, and to calm the situation, the security and many residents of that neighborhood had to intervene.

They spared nothing from chairs to bottles, and even bar windows. And according to the report of the Portuguese police, they have managed to identify seven young people who were involved in the mass beating.

Praia da Rocha was once a quiet and preferred area for fishermen south of the Portuguese coast, but has recently become a "haven" for local hooligans and gangs.

The West is in tension/ NATO raises the alarm, the Russian submarine disappears under the Arctic, what is expected to happen

Video/ What is happening in Bulgaria, smoke and flames "invade" the city of Kazanlak, three victims are reported and...

"I never leave Albania"/ Meet the Turkish blogger who is inseparable from our country, here's what brought her here

Burxhu Sahinoglu is the Turkish girl who confessed more about her life in the "R...