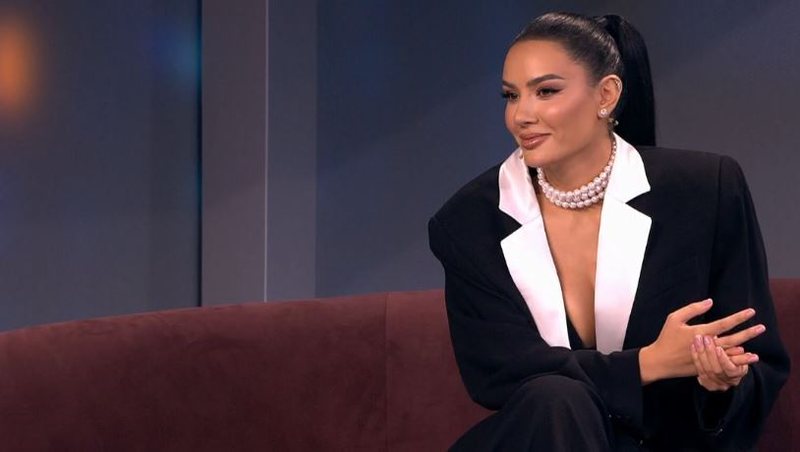 Bora Zemani was invited this evening to "Let me talk" where, in addition to her career, she rarely revealed details from her personal life, but also her relationship with Donald.

Going back to their meeting inside the Big Brother house, Bora said she didn't want to go in but was forced to come out to Sam after it was hinted that she was dating Donald.

"I didn't even think that I would ever get into BBV. I had told Sam don't ask me because there is no chance that you will come. She didn't actually ask me. The situations also came. It was the situation that had been created, I was being commented on since Sam and Donald were inside. A possible connection between them was hinted at. Having Sam as her best friend, everyone was bashing her while none of the comments were true. In those conditions that Sam was in, I wanted to help him, that's why I was. The rest was then unplanned. I knew that I could be teased about Donald, I told him before that I didn't want to meet him, but if he wants to meet me, I would definitely support him. The atmosphere was beautiful because Donald had told our story there" - said Bora.

Asked by Romeo if she regrets meeting Donald on Big Brother, Bora said she should have thought better of it. As for Donald's story in there, Bora said it was difficult for him because everything was commented on.

"So much! (Laughs) I don't know if I regret it or not, but maybe I should have thought more about whether or not I should have met him. If I could go back in time. If I were at that moment again, I would say yes, but if you ask me today, I would say no, seeing what has happened throughout the year, If I knew how the whole story would go. It was difficult because he was in the public eye, and many personal things were commented on," Bora confessed.