Bora Zemani and Donald Veshaj joined, but how did Beatrix Ramosaj react to their return? The images are published What was Beatrix Ramosaj doing when the network was boiling for Bora Zeman and Donald Veshaj who appeared side by side?

They were last night invited to the fashion show of the stylist from Kosovo Valdrin Sahiti. And when everyone was waiting for what would happen if they faced each other, they were surprised by appearing side by side. In the 'after-party' organized after the show, they stood together at a table as the images went viral. Photos and videos of the couple have been published on social networks, which seems to have confirmed the reunion with the first public appearance together. They themselves have not made any posts together.

However, many people may have wondered what Beatrix was doing last night. On social networks, the singer appeared in super shape as she showed that she was having dinner with the former competitor of "Big Brother VIP" Antonela Berisha.

Beatrix was not at Valdrin's fashion show and appeared in Tirana with Antonella. The two girls maintain a very good rapport since they were part of the format and still continue to meet. We do not know if Beatrix has experienced Donald's return with Snow, but in various reactions she has expressed that she chooses to throw away the things of the past. 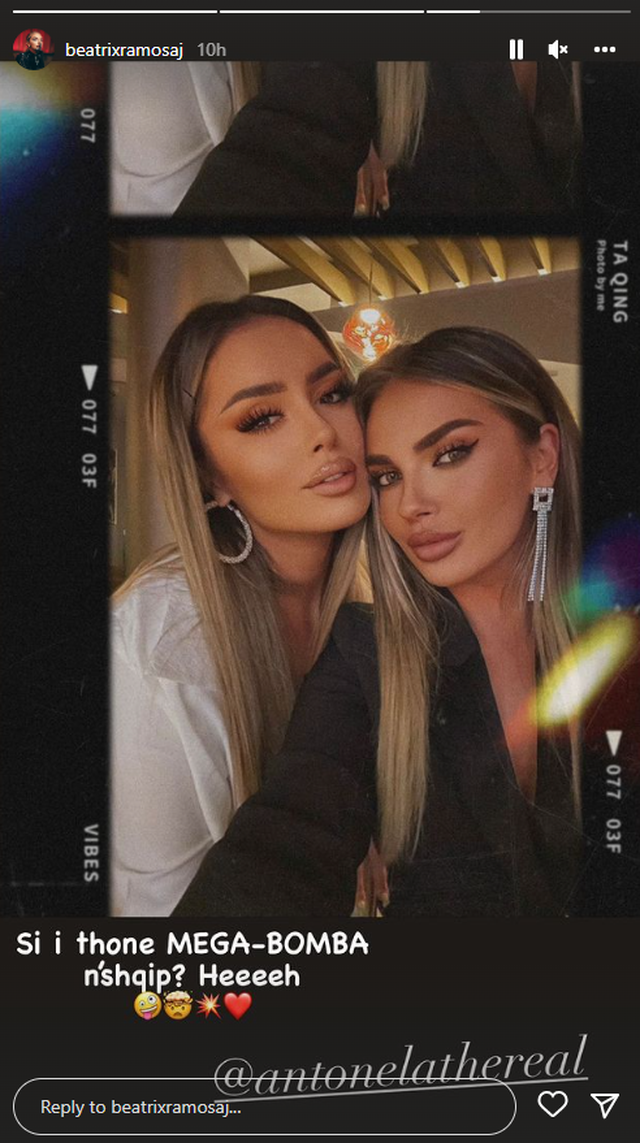 It was said that he is connected with a girl, the actress of Clanfornia reacts and reveals the truth: That's why I'm building muscles

Esmeralda Metkaj or known as Cubi, invited to the show "Night with Aulona" surpr...

"I didn't have a pulse, I closed my eyes and...", Arjan Konomi talks about the accident in Jordan and reveals what he faced: Doctors wouldn't put me into surgery

Opinion columnist Arjan Konomi has shown details about the accident that happene...