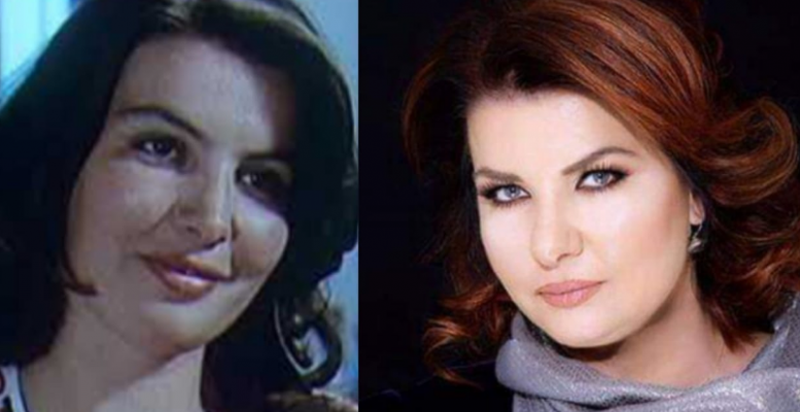 Rajmonda Bulku, who is one of the biggest actresses in Albanian cinematography, celebrates her birthday today and turns 64 years old.

Described as one of the most beautiful Albanian actresses and uncrowned 'miss', Rajmonda Bulku continues to remain today, 64 years old and a grandmother for the fourth time, a symbol of beauty in our country.

Rajmonda Bulku started the art path when she was a student in the third year of high school, in 1976 she made her debut in the film 'The Last Winter'. After high school, she started working as an editor at Kinostudio "New Albania" and then began her studies at the Higher Institute of Arts, where she graduated in drama in 1985.

Immediately after graduation, Rajmonda Bulku was appointed an actress at the National Theater where she played many leading roles, but it is worth saying that she gained fame through roles in films.

With over 20 roles in films and many others in theater, Rajmonda Bulku has been honored with several awards. Meanwhile, Rajmonda Bulku is remembered not only as an actress, but also as part of politics and the student movement of December.

"It was pretty high"/ Bora Zemani reveals publicly, this is how much her first salary was

"I've imagined it since I was little..."/ Will present the popular show, Bora Zemani confesses her emotions

Rare! The Albanian model ends the relationship, posts the sweetest moments with her ex-boyfriend (VIDEO)

From working as a bricklayer to "retirement", Kledi Kadiu recounts the sacrifices he made in his early days in Italy

"Bora took me on the phone", the Albanian dancer reveals how he got the invitation from the popular show

All Names Revealed, Meet All the Dancing With The Stars Judges

"I ask God to have a happy life", Arbër Hajdari dedicates the sweetest words to his partner

Arbër Hajdari and his partner Vlera Devolli crown their love in marriage to...

Would he relate to the simple and polite chuna? The Albanian moderator leaves the follower 'with a finger in his mouth' with her answer (PHOTO)

Leila Kraja is one of the sexiest and most popular Albanian moderators. She has ...

After breaking up with Casey, Stresi is caught between kisses and hugs with the mysterious girl (Video)

From cohabitation to joint business, Bora e Donaldi ready for the next step after the sensational comeback

The game of Snow and Donald ends. The moderator has published the first photo wi...

Flirt with movie actress +18? Don Johnny messes up the network with the latest details (PHOTO)

After a few months of the sensational breakup with the Russian model, Don John s...

"I don't get tired of..."/ With the sweetest words, Fifi confesses about her partner (Photo)

The singer from Ferizaj, Filloreta Raci, in addition to a successful music caree...