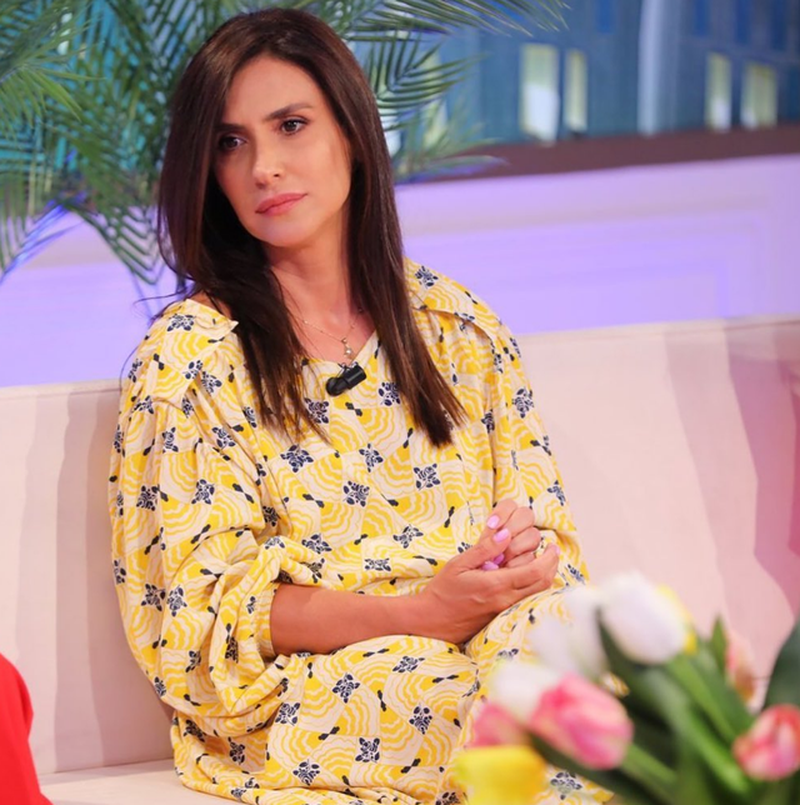 The ban on abortion in the US, sparked a major debate not only there but around the world. This decision was opposed by many well-known and unknown characters. Journalist Iva Tiço also reacted to this news, writing through an Instagram post that every woman has the right to choose for herself when she wants to give birth to a child.

"Two words calmly from the sofa of the house, about the debate that broke out in recent days in the US and that apparently hurts so much in Tirana, even though it does not seem to have a direct impact.

Supporting women's right to choose to terminate a pregnancy means to me defending a fundamental right, which has been won at the cost of thousands of lives cut off at butchery tables around the world and millions of other lives ruined by behavior in the life of an unwanted child: the life of women who were wasted and stuck in destinies they did not love, but also the life of abandoned children.
As in any debate, instead of doctors talking, politics has spoken as well as moralists who call themselves "analysts and opinion leaders" (where I enter, without worry).

All in debates we defend our opinion, formed by the education, the readings, the influences of the people we are close to, someone and by the principle "how to be loved by those who listen to me". So the debate ends in noise, clicks, fan, how well you fit, how to put it that way, and so normal things for Albanian debates where people talk and do not listen, listen, but do not want to understand, or do not want to work understand.
Anyway, for the sake of all that you have written to me these two days and you have felt offended by others, if you think like me: you are OK to defend your opinion and if in front of you they will come out to tell you that you are a murderer and you are against life just because you raise your voice for a fundamental freedom like that of women to decide for themselves when or not to give birth to a child. This is a topic you should only discuss with your doctor and there is no study moralist to make you feel guilty or criminal about the choices of your life.
Termination of pregnancy, under the care of a doctor, with intervention, with pills or whatever is not a contraceptive method, but it is an extreme measure that does not make happy any woman who performs it. But the one who does it knows why he does it, so let's help him and not burden him with labels and jokes that do not work for anyone. Let’s work to educate young people with contraceptive methods, safe sex, as the only ways to reduce the number of abortions.

Because history teaches us that prohibitive laws do not eradicate a phenomenon, they only make it cost more. And only fools do not learn lessons from history.

PS: If what I said above makes me: socialist, communist, feminist, liberal, woodstockist and all the labels made by "conservatives" (Albanian conservator hahahhha, what a tasteless joke) well thank you very much: it shows that I am getting older guess in the head. "There is nothing better than growing old by understanding people, putting yourself in the place of those who are not like you," Iva wrote in her post.