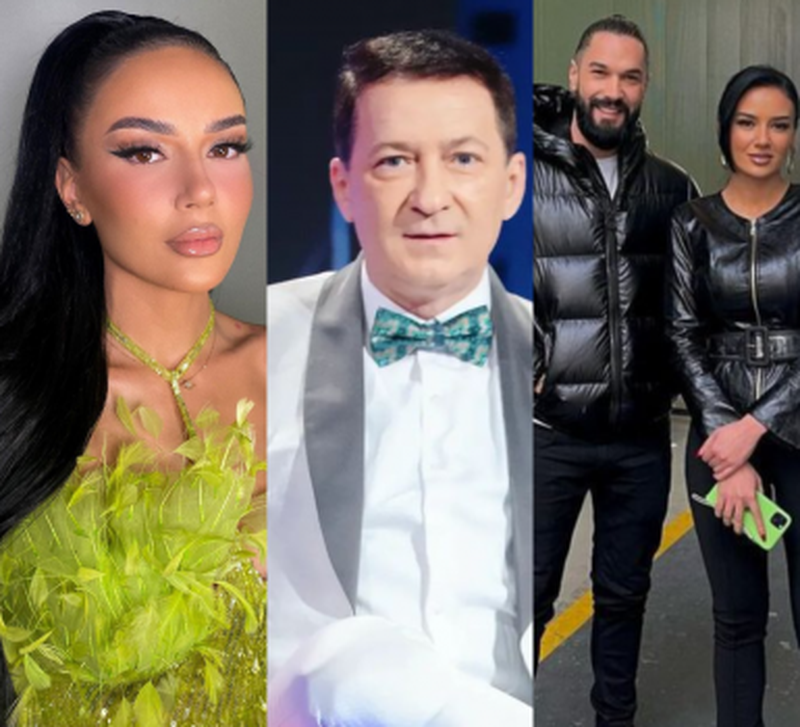 It all started with some compliments from Atdhe Xharavina for Bora Zemani when he was part of 'Për'puthen' and ended in numerous allusions that they have had a relationship.

Bora and Atdheu have been rumored for a closeness between them behind the cameras and according to rumors, Atdheu was one of the causes of jealousy that led Bora to split from Donald Veshaj. Atdheu initially spoke with superlatives in several different interviews for the moderator and after the attention he received he started to go even further stating that she was the only girl he liked in "Për'puthen" and that his mother would love him for a bride. .

After the separation from Donald last summer on social media circulated a video of Snow and Homeland seen on a table. But, Bora reacted at that time that the video was made during the tour that the love show organized in different cities. When Donald was on 'Big Brother VIP', several other photos circulated showing Homeland in the car with a girl who looked like Bora, though it was never confirmed if it was her. Homeland on the other hand uses every opportunity for nails on social networks that followers associate with Bora.

Many voices say that there was something between them but the opinionist of "Për'puthen" Arjan Konomi says that such a thing is not true. During a live video on TikTok when commenting on the Bora-Donald-Beatrix triangle he was asked how Donald felt when Bora left with Homeland. Which was categorically denied by Arjan who said: "No, no, it is not true now not to waste it. No no. "These are rumors, they slander the people they love." When the person in question told him that he could give him arguments, Arjani closed it by saying: "We change the subject."

It is worth noting that Bora has never reacted to these rumors.