Turned into a viral character, Hasbulla reveals the income from clicks on social networks, you won't believe how much the 19-year-old earns 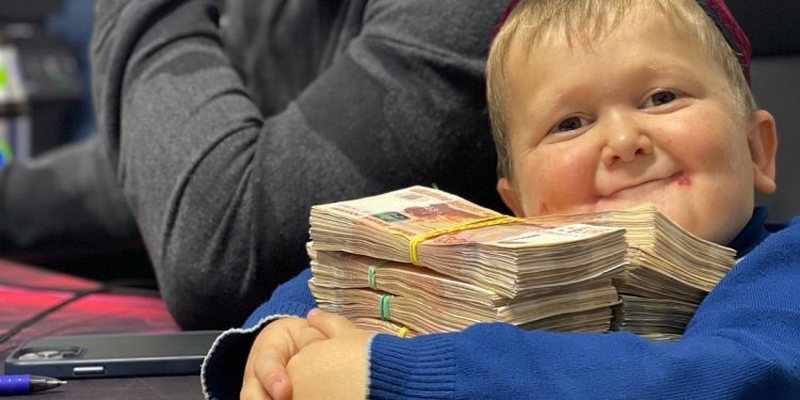 Hasbulla is the "little Russian" that we have all seen appear on social networks with his videos, which we cannot pass without laughing.

He may look like a child, but social media's most loved character Hasbulla Magomedov is actually 19 years old and looks like a child as he suffers from growth hormone deficiency (GHD) or 'dwarf' syndrome.

He became particularly famous during the Covid pandemic for the content he posted on Instagram and TikTok and for being an important figure in MMA.

Hasbulla often appears alongside many other famous fighters, such as Khabib Nurmagmadov, which led to his nickname "Mini Khabib".

He also often shows his passion for cars, and appears in posts training, fighting or even shooting guns.

He now has over 2 million followers, a net worth of $200,000 and claims to be more famous than soccer player Ronaldo.

In her father's footsteps, the daughter of the well-known Albanian singer is part of "Big Brother Vip 2"

A rift between them? Lori Hoxha puts her 'stamp' on everything, she has two words for Arbana Osmani (Photo)

No longer part of television? Lori Hoxha reveals the truth about her relationship with Eduart Grishajn

The moderator reveals it herself, there is a place where the world stops for Angel Shkira (PHOTO)

She made the name of the network with her "twerk" in front of her colleague, the Albanian police "strikes" again (PHOTO)

Is the telenovela "People and Fate" coming back? Arben Derhemi reveals the next move and gives the announcement (PHOTO)

Did you recognize him? The inimitable actress of the Albanian stage is commemorated on her birthday (PHOTO)

The Albanian singer "obsessed" about exposing her breasts, after the clip, she also "undresses" on stage (PHOTO)

Sheila Haxhiraj participated in "Magic Song" with her song "Malli" What impresse...

Shocking statement of the Albanian artist: I go and visit my grave every day, I'm not afraid

The well-known painter, Zake Prelvukaj, in an interview, made a statement that s...

"20 policemen massacred me, the boss of...", Robert Aliaj recounts the terrible attack he experienced in 1991

The artist Robert Aliaj Dragot has narrated one of the most painful stories of h...

Related to Butrint Imer? The well-known Albanian actress clarifies the truth once and for all

Actress Olta Beqiri for the first time in "Let me talk" clarified how the truth ...

Does the famous Turkish actor still tease him? The beautiful Albanian moderator tells everything

Moderator Eva Murati has extinguished all curiosity about her relationship with ...